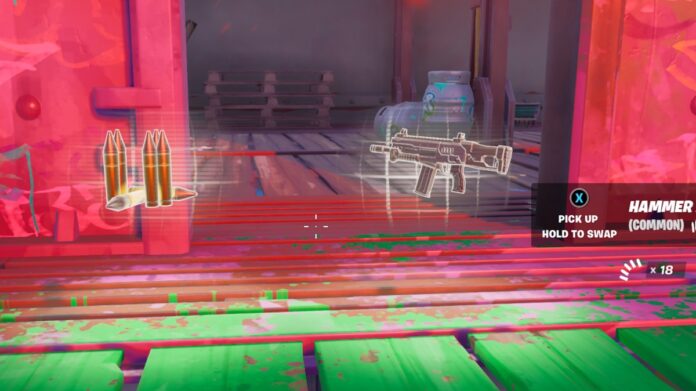 Fortnite Chapter 3 Season 3 is here after a very exciting end-of-season event for season 2! This season brings some brand new locations, POIs, NPCs, and weapons. One of the latest weapons dropping with this season is the Hammer Assault Rifle. The Hammer Assault Rifle is a slow-firing weapon that uses medium ammo that recoils upwards and slightly to the right. Find out more below!

The Hammer Assault Rifle in Fortnite

The Hammer Assault Rifle is available in all rarities from Common to Legendary. It does decent damage, especially if you control the recoil to aim and fire quickly after the first shot.

The key to dealing damage, including 1.5X headshot damage, with a Hammer Assault Rifle is controlling the recoil. The magazine holds 20 and has a consistent fire rate, so feel free to fire off shots as you like to get used to the recoil effect. Check out the stats below for each rarity:

Related: How to Get and Use Reality Seeds in Fortnite Chapter 3 Season 3

The higher the rarity of rifle, the more difficult it is to find so make sure you look in the right places to get the rarity you need. If you don’t get a high enough rarity, you can always take the weapon to an upgrade bench (found at all Gas Stations) and upgrade using your Gold Bars. Good luck!