Home Game Guides Where is The Joneses in Fortnite Chapter 3 Season 1? 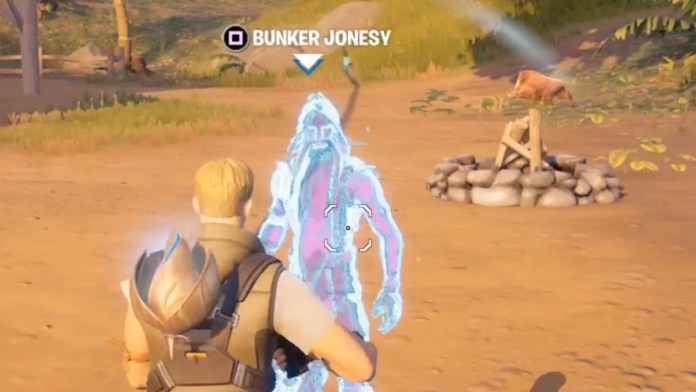 In Fortnite, the new Chapter 3 Season 1 will bring a lot to players. Amazing battle pass rewards, new weapons, and equipment. But also gamers will be able to visit a new location, which was not in previous seasons. In this guide, we’ll talk about The Joneses.

Where is The Joneses?

You can find the Joneses in the western part of the map. This location is between Condo Canyon and Sanctuary. Previously, this place was Lazy Lake. And although at first, this location may seem empty and quiet, there are many different activities in this chapter in The Joneses.

In the city, you can find several Slurp Barrels. To the east of the Joneses, you can find a gas station. And next to it will be hidden a special backpack, in which you will find Spider-Man’s Web-Shooters.

The city also has a lot to do, you can meet as many as 5 NPCs that look like different versions of Agent Jonesy.

From the latter, players will be able to buy an exotic double-barrel shotgun, namely the Dub.

While exploring the city you will find many Chests, Loot, Tents, a Bounty Board, Reboot Van, and many more.

There are many Challenges and Quests associated with the Joneses this season. Especially often you will have to run around the city completing Shanta Quests.

We are sure that in the next seasons the city will be filled with even more quests, loot, etc.

Where is The Joneses in Fortnite Chapter 3 Season 1?