Home Game Guides Where are the Tilted Towers Funding Stations in Fortnite? 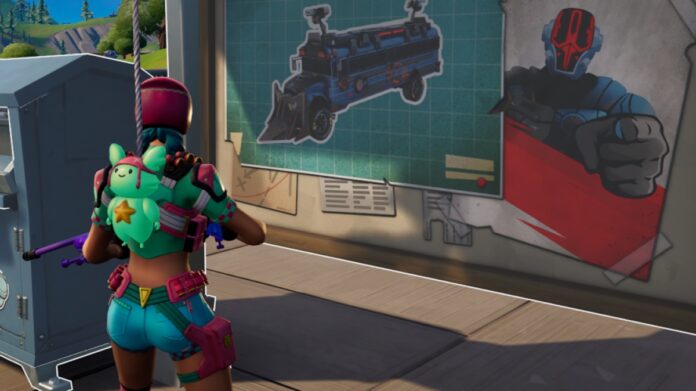 Funding Stations have been popping up all over Fortnite, with the aim to let the players decide what weapons and vehicles they want in the game. Some items have been unvaulted, such as the Rift To Go, while other Chapter 3 weapons have been chosen to stay. The latest Funding Stations to arrive have been added to Tilted Towers. Find out what players can donate to below.

The first of the funding stations in Tilted Towers are situated near the lake:

The second Funding Station is towards the center and the third is left of Tilted Towers:

The first Funding Station is asking for donations towards funding the Battle Bus as a permanent fixture in Fortnite Battle Royale! Players can give Gold Bars to help reach the target and have the Battle Bus in-game for the foreseeable future.

The Battle Bus has almost been fully funded so by the time you log on it may well be ready to jump in and cause devastation.

The second Funding Station is for a set of turrets, while the third is due to be unlocked on the 17th May and is a battle between Balloons and Shield Bubble.

Explore Tilted Towers now to see what you can donate to, or find the Battle Bus ready to use!

Where are the Tilted Towers Funding Stations in Fortnite?