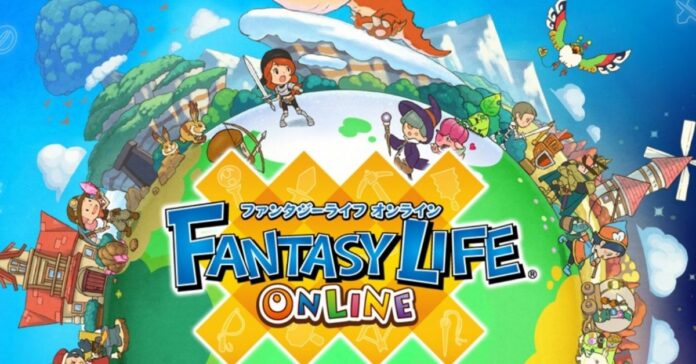 Fantasy Life Online is a game developed by Level-5. Originally the game was available only in Japan, but now the developers are planning to launch a global release for other gamers in the world. In order to do this, they have claimed the date of the first closed beta test for other regions. So, we are going to tell you about this. In this article, you will be able to learn information about Fantasy Life Online’s global release.

Fantasy Life Online was released on 2018/7/23 by Level-5. The game was available only for Japanese players, but now the developers want to launch the game in other regions. According to the information we have, it is likely that we will have the global release in 2021. Right now the developers already claimed about the start of the closed beta test in Canada, Australia, Finland, Romania, Malaysia, and Argentina.

The official closed beta test of Fantasy Life Online will start on 2021/10/28 and it will last till 2021/11/5. Players from the six regions that were mentioned above will be able to participate in this event and try the game on their own. The only thing you should remember is the fact that all your data will be erased after the test. So, you won’t be able to keep everything you earned during closed beta. However, the game will give you some diamond boosters as compensation for lost progression.

After the first closed beta test, the developers will be able to launch an open beta test or global release. It is mostly speculation but it seems that we will have Fantasy Life Online global release in 2021. Check our website for more information from time to time as we will try to update you when new info appears.

When Will Fantasy Life Online be Released Globally?