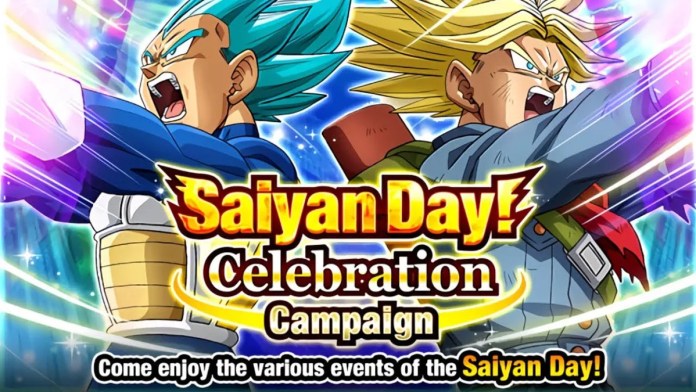 Dragon Ball Z Dokkan Battle is an Android/iOS game released in 2015. It is a free-to-play mobile game based on the Dragon Ball franchise.

The game was developed by Akatsuki and published by Bandai Namco Entertainment. Each region had separate release dates, so while Japan got it on January 30th for Android and February 19th for iOS, it was released worldwide on July 16th of the same year.

The game has been wildly successful, with over 350 million downloads and over $3 billion in worldwide revenue. The multitude of characters from the Dragon Ball series makes this game have a lot of replay value over time.

Today we will be discussing the annual Saiyan Day event for 2022 and when it takes place.

In this year’s Saiyan Day event, a series of various quests become available. The first major thing that releases is the new Majin Vegeta, with his own transformations and abilities. This year’s Dokkan Saiyan Day event was released on March 18, 2022.

There is also a login bonus for every day that players log into the game. Players can also get 12 Dragon Stones and a variety of other items upon their first login during the event period! These items can be used to recruit various characters at Fortuneteller Baba’s Shop.

During the event period, a new Dokkan Event and Extreme Z-Battle will also be available. If players have never played this event in the past, now is the perfect time to begin!

When is Saiyan Day 2022 for Dragonball Z Dokkan Battle? – Answered