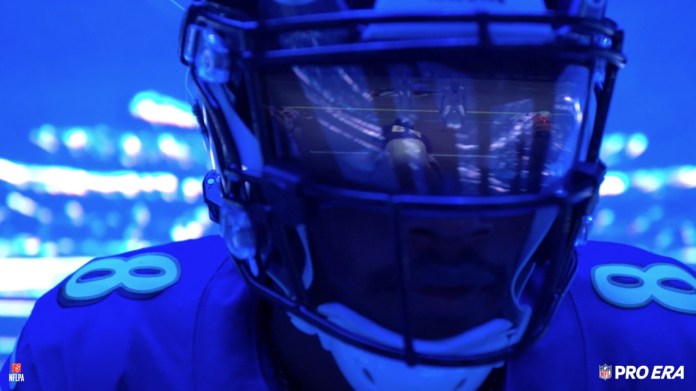 NFL Pro Era puts you straight in among the action of American Football. Players will be able to hear the roar of the crowd, and truly feel the stadium atmosphere with this new VR sports game. NFL Pro Era has just been released for the Meta Quest 2, but when will Steam players be able to get in on the action? Find out the answer below in our guide: When is NFL Pro Era Coming to Steam? – Answered.

NFL Pro Era was released for Meta (previously Oculus) Quest 2 on September 15th 2022, and priced at $29.99. The game gives players the chance to be in a unique simulation that includes real ambient stadium sounds- a truly immersive gameplay experience.

Related: How to Mod Games on Steam Deck

The game was developed with the help of former footballers to create a real-life perspective of a quarterback on and off the field. Combing actual data from the NFL and StatusPro’s athlete-led technology, along with the supreme talents of the game developers, this has been a highly anticipated VR game.

“For new VR users, I encourage them to check out Mini Games and Practice Mode to build up their skills. For a more casual experience, our Multiplayer Sandbox allows gamers to play catch with friends in any NFL Stadium, while our Two-Minute Drill offers a fast-paced simulation experience and lets them compete against other gamers for the top spot on our leaderboard. Once they are ready for game, they can quickly advance to play full 11-on-11 games in the Exhibition Mode and rack up trophies as they play a full NFL schedule and take their team all the way to the Super Bowl in our Season Mode.” – StatusPRO spokesperson.

NFL Pro Era is due to arrive on Steam and on Playstation in the Fall of 2022, so really we should expect a confirmation of the release date any day now. As soon as we know for sure when it is dropping on Steam, we will update you! While you wait, check out the trailer below.

Meanwhile, check out how to play Minecraft in VR on the Quest. Have fun!