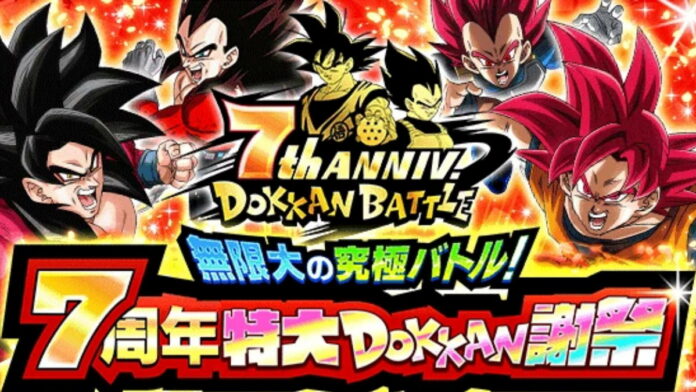 Dragon Ball Z Dokkan Battle first launched in Japan back in January and February 2015. The game didn’t get localized overseas until later that year in the summer, on July 16, 2015. Therefore, Dokkan Battle‘s global anniversary is on July 16!

At the end of January 2022, Dokkan Battle‘s 7th anniversary event officially began for the Japanese version of the game. The developers of the game are celebrating with a two-part event that will feature special characters to summon, a variety of fun missions to complete, and of course, plenty of rewards for all you loyal Dokkan Battle players.

You can read all about the celebration event on the Dragon Ball Z Dokkan Battle Wiki page. Please keep in mind that since the Wiki is run by fans, translations are still in progress, so we don’t have all the info just yet. If you’re playing the global version right now and you’re wondering what might show up for the anniversary, this is a good way to preview it!

Are you excited about the 7th anniversary event coming to the global version of Dokkan Battle? Let us know in the comments below!

Everything We Know About No Man’s Sky on Nintendo Switch: Release...