Home Game Guides When is ARK 2 Coming Out? – Answered 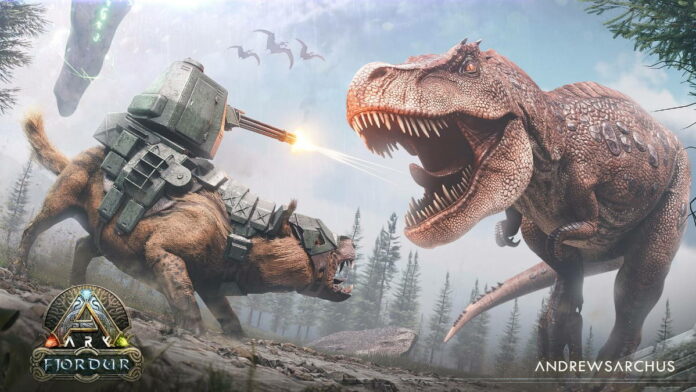 ARK is one of the most popular video games. However, this game is quite old. The release of ARK: Survival Evolved was in 2015. And it is obvious that the legendary game will continue to be updated. So, when is ARK 2 coming out? Read the guide, and you will find this out.

When ARK 2 Gets Released

Initially, the ARK 2 was planned to be released in 2022. But the date has been changed, and the video game is coming out in 2023. Unfortunately, there is no more specific information. And still, a year of release can get changed because of the unstable situation in the world.

However, you can be calm. ARK developers are always in touch with the community. On Twitter, they often report on the process of game development and share screenshots of the gameplay. Therefore, it is recommended to follow them on Twitter and other social media.

Related: How to Tame Andrewsarchus in ARK: Survival Evolved

Also, there is information that initially ARK 2 will be released on the Xbox Game Pass. So, there is an assumption that this video game might be an Xbox-exclusive game. However, it is unprofitable for the Wildcard Studio. The majority of ARK’s community is playing on PC. And losing these people is quite undesirable.

The best thing is that ARK 2 will be constructed on Unreal 5. It is one of the best game engines in the world. The main hero will be represented as Vin Diesel, and his pet will be a large dinosaur. Generally, dinosaurs are the main creatures in ARK 2. Most posts on social media are dedicated to them.

In conclusion, ARK 2 is planned to be released in 2023. And developers keep in touch with the community. Therefore, if something will change, they will warn us as soon as possible. So, that is all with ARK 2. Hope you consider this guide helpful!

When is ARK 2 Coming Out? – Answered