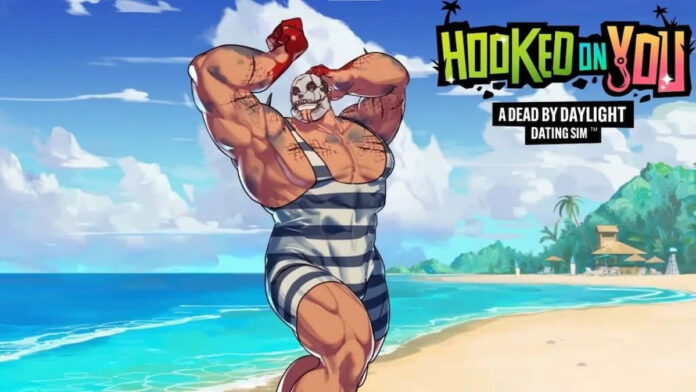 Behaviour Interactive, developer of the popular horror survival game Dead By Daylight, has caught fans by surprise as it announces a new dating simulator titled Hooked on You, which will feature romanticized versions of the infamous killers within the universe.

The game’s Sixth Anniversary Broadcast states that an official community survey about what the fans wanted for the next game inspired the idea. So in this article, we’ll be telling you when the Dead By Daylight Sim Hooked on You will come out.

When Does Dead by Daylight’s Dating Sim ‘Hooked on You’ Come Out?

At the writing of this article, Behaviour Interactive has yet to announce a release date for the ’Hooked on You’ Dating Sim, but it is expected to come out in the summertime of 2022. The upcoming dating sim will be on Steam with the future possibility of it being available on other platforms as well.

The killers to expect in ’Hooked on You’ include the Trapper, the Wraith, the Huntress, and the Spirit in a unique way players have never seen or experienced before. The dating sim will also give each of these killers their very own spin on horror movie genre archetypes, as well as more intel on the personalities of these characters. For instance, Trapper will be the Jock, while the Spirit will be known as the Goth.

While the upcoming dating sim may not be canon to the universe of Dead By Daylight, it will still provide information during a time in their lives when they were not affected by trauma or the darkness within them. Since all of the game’s killers were once regular humans at some point, the Hooked on You dating sim will increase fans’ knowledge of each character.

So there you have it, Hooked on You: A Dead By Daylight Dating Sim will release in the summertime, and there will be lots for players to explore with the latest Sixth Anniversary Broadcast, such as the Attack on Titan Collection and Resident Evil’s Wesker collaborations with the game.

The game is being developed by Psyop, who are known for creating dating sim titles. The gameplay details will most likely follow in the footsteps of previous Psyops titles. All of it will take place on the beach getaway paradise of ’Murderer’s Island,’ a far cry from the dark and dingy locations that Dead by Daylight players are familiar with.