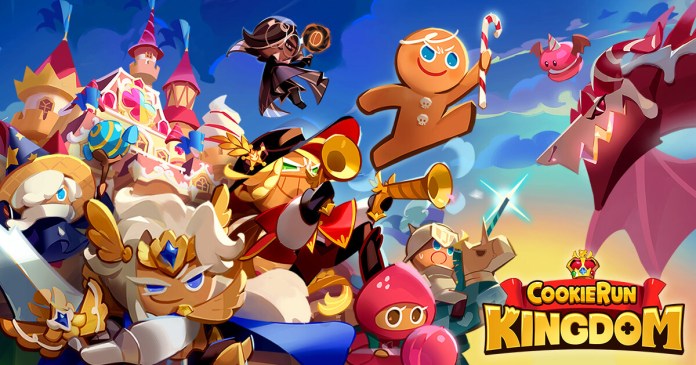 Ever since it launched, Cookie Run Kingdom has amassed millions of players on mobile and continues to update the game regularly with new and interesting features. In the past, we’ve seen the game collaborate with Disney to bring some of its popular characters to Cookie Run Kingdom.

And now BTS, the famous K-pop group will be making their way to Cookie Run Kingdom through an in-game event called “Brave Together.” This event will add feature Cookie silhouette versions of the entire BTS band from RM, Jin, J-Hope, Suga, V, Jimin, and Jung Kook. So in this guide, we’ll be telling you when are BTS Cookies Coming to Cookie Run Kingdom?

Devisisters, developers and publishers of Cookie Run Kingdom released a promotional image for the collaboration featuring Cookie silhouette versions of the entire band as well as an official description of the “Brave Together” event which reads:

“During the event, each member of BTS will be transformed into their own unique Cookie, and players will be transported to specially crafted BTS-themed maps with all new game lore explicitly created for this update. The event will culminate in an in-game concert by BTS for the Cookies in Cookie Run: Kingdom.”

The Brave Together in-game event will launch on October 13th and will see each member of the famous BTS band transform into their very own unique Cookie. Once the in-game event is live, players will be able to explore special BTS-themed maps and adventures that are unique to each BTS member.

So it back and get ready because come October 13th, BTS Cookies will become available in Cookie Run Kingdom.

How To Use Team Builder in Pokémon Scarlet & Violet