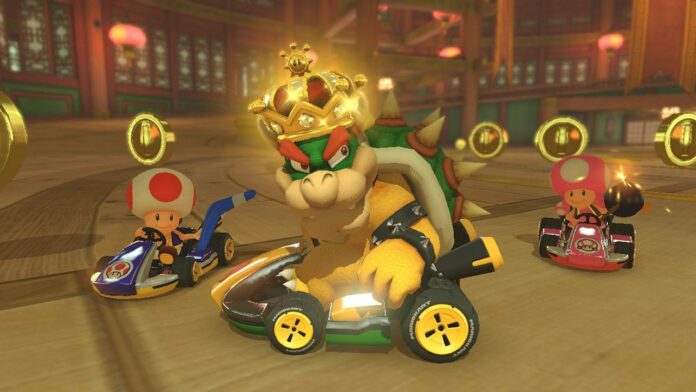 While Mario Kart 8 Deluxe doesn’t differ all that much from the original Mario Kart 8, which released on Nintendo Wii U, the Nintendo Switch version of the game comes with some additional content that is not found in the original release.

Among the new features found exclusively on the definitive version of the latest entry in the kart racing series is an expanded Battle Mode, which now features different play modes that make it considerably more fun.

Here are all of the Battle Modes in Mario Kart 8 Deluxe.

What Kinds of Battle Modes are in Mario Kart 8 Deluxe?

Mario Kart 8 Deluxe features 5 different Battle Modes: Balloon Battle, Bomb-omb Blast, Coin Runners, Renegade Roundup, and Shine Thief. They are all played somewhat differently, with the only common feature being the focus on competing with other players, as opposed to just racing against them in the regular play mode.

Bomb-omb Blast is a more challenging variant of Balloon Battle, as, in this mode, the only item you can get is the Bomb-omb. Each player can carry up to ten bombs at a time, leading to some chaotic situations that are extremely fun. This mode also features the same scoring rules as Balloon Battle.

Coin Runner is a relatively recent addition to the Mario Kart series, having appeared only in other two entries in the series, but this doesn’t make it any less fun or less hectic than the others. In this mode, you will have to collect as many coins as possible while trying to steal those collected by the opponents. The player with the highest coin count wins the match.

Renegade Roundup makes its debut in the Mario Kart series in Mario Kart 8 Deluxe. In this mode, players are divided into two different teams, Red and Blue, with members of one team coming with Piranha Plants, which makes them the Authority team, while members of the other will not, making them the Renegade Team. The main goal for the first team is to capture all of the Renegades by making their Piranha Plants eat them, while for the other team is to stay free until the time ends. Captured Renegades are sent into jail, but they can be freed at any time by one of the Renegades that still hasn’t been captured.

Shine Thief is yet another returning Battle Mode from previous entries in the series. In this play mode, the main goal is to get the Shine Sprite and hold it for 20 seconds. As the Sprite slows down the player that holds it and can be stolen by other players by ramming into the holder, Shine Thief is an exciting Battle Mode that is very fast-paced and incredibly fun.

What Kinds of Battle Modes are in Mario Kart 8 Deluxe