Home Game Guides What is the Rift to Go in Fortnite 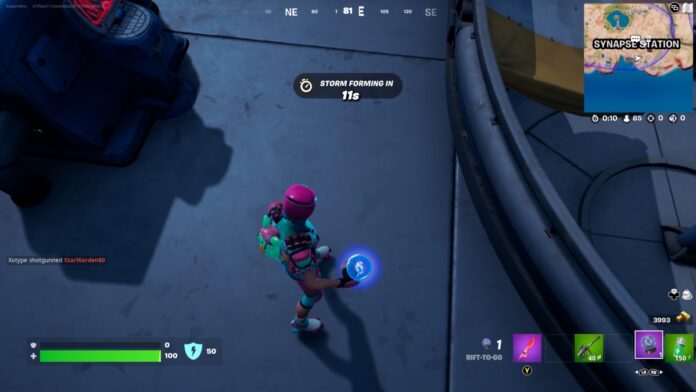 Rift To Go in Fortnite

The Rift To Go is a portable globe containing a rift that you can use just once use at any point in the game. It takes 0.5 seconds to activate, making for a quick getaway! Once activated, you are transported to the air where you can glide to your next location. They are just like using the Rifts found at Seven Outposts or purchased from some NPCs. They can be carried in a stack of 2, giving you two opportunities to escape a dangerous situation!

The great thing about a Rift To Go is that you can carry it with you and use it in an emergency to escape an opponent. Be warned, though, an opponent can follow you into your Rift before it disappears, and if you activate it when they are too near you, you can drag them into your Rift! The Rift takes 10 seconds to disappear.

A Rift To Go can be usually found in a Chest (including Rare Chests), as Floor Loot, and in a Supply Drop. They are not available in a fishing spot.

Between April 22nd and April 25th, both the Boogie Bombs and the portable Rifts will be all over the island, generally easier to find at a named location, so try them out and then decide which should stay.

What is the Rift to Go in Fortnite