Home Game Guides What is the Highest Score on Temple Run? 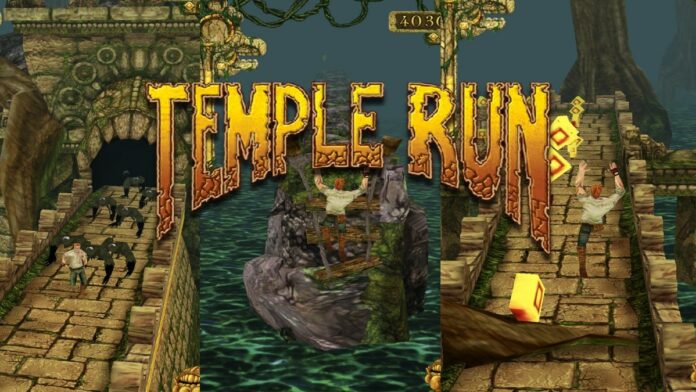 Temple Run is a classic 3D endless runner game by Imangi Studios. First released in 2011, it has remained popular with mobile gamers on IOS and Android platforms alike. Players control an adventurer who needs to run through ancient temples, avoiding obstacles, water, or demonic monkeys. There are seven characters to choose from: Guy Dangerous the explorer, Scarlett Fox the escape artist, Barry Bones the city cop, Karma Lee the runner, Montana Smith the explorer, Francisco Montoya the Spanish conquistador, or Zac Wonder the football player.

The aim of the game is to keep running, turning and sliding without falling into water, bumping into walls or other obstacles, and to avoid the evil monkeys. Players need to collect different coloured coins along the way: Gold are worth 1 coin, Red are worth 2 coins, and Blue are worth 3 coins. These can then be spent on power-ups and characters. The game has stood the test of time and remains as popular as ever, with some astounding high scores being held- but what is the highest score of all time on Temple Run? Find out below.

What is the Highest Ever Score on Temple Run?

Due to some sneaky folk jailbreaking their phones and basically hacking the game, the highest score of all time in Temple Run is unbeatable. Back in around 2012 a glitch could be used that meant you could endlessly run with no obstacles (see the YouTube video below), but if you attempt this now the game will begin to show thunder and lightning and accuse you of cheating by using a glitch. It will then return to normal gameplay.

What is the Highest Score on Temple Run?