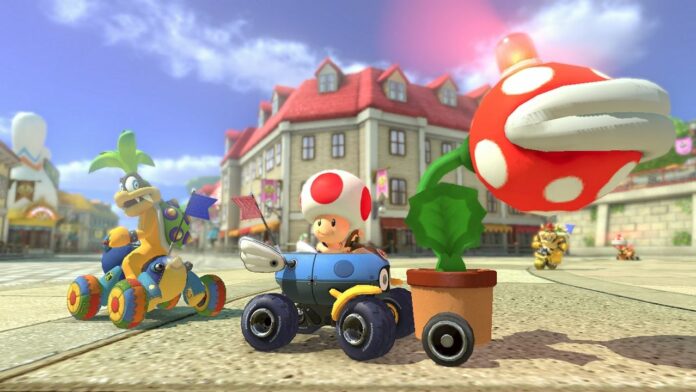 Mario Kart 8 Deluxe can be a very straightforward game that is easy to pick and play, but if you’re looking into becoming the very best player around and dominate the game’s online multiplayer mode, you will have to pay attention not only to the character you use, but also to the cars, karts or bikes, and their different parts.

While many cars in Mario Kart 8 Deluxe are viable, only a few can be considered the absolute best when it comes to top speed. Here’s the vehicles that will help you finish fast.

What is the Fastest Car in Mario Kart 8 Deluxe?

At high levels, Mario Kart 8 Deluxe can be a rather complex game, as speed, acceleration, and handling are determined not only by the car you have picked but also by the character and the parts you have used to customize your vehicle. As such, there really isn’t a fastest car in the entire game, as a vehicle can be more or less fast depending on the character that is driving it and the customization options you have picked.

Even so, there are three cars that are decidedly above all the others when it comes to speed and traction. These are the Blue Falcon from the F-Zero series, the Streetle, and the Pipeframe. To achieve top speed with these vehicles, use a Heavy character like Bowser or Wario and pick Slick tires. It may take you some time to get used to the different handling of heavy characters, but with some practice, you will soon be able to dominate all competition!

What is the Fastest Car in Mario Kart 8 Deluxe