Home Game Guides What is the Best Nature for Starter Pokemon in Pokemon Brilliant Diamond... 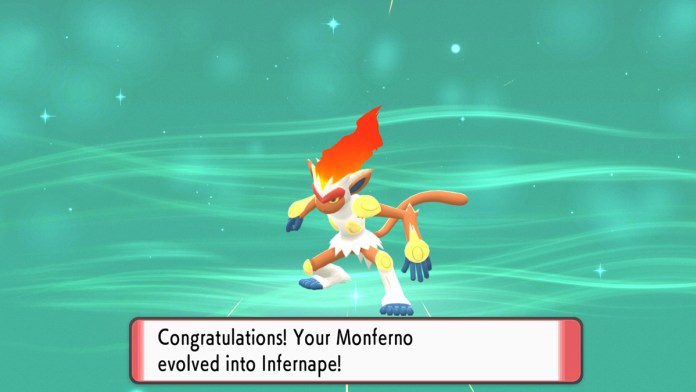 Natures have been a key way to influence the stats of your Pokemon since their introduction in the third generation of Pokemon games and this is still the case in Brilliant Diamond and Shining Pearl. With your starter Pokemon generally staying in your party through the entire game, it’s natural to want to give them a leg up in stats. So, what is the best nature for Brilliant Diamond and Shining Pearl’s three starter Pokemon?

The truth is that no nature is straightforwardly “best” and that the Sinnoh starter Pokemon look for completely different things in terms of stats. Here’s a brief outline of what natures you should choose for each starter!

Torterra, the final evolution of Turtwig, is a Pokemon that really excels on the physical side of things. With its low speed, it’s important that this grass type starter Pokemon is able to shrug off powerful attacks, as well.

An Impish nature gives Torterra more defense at the expense of special attack, its weaker offensive stat. This works especially well for builds that need to live long enough to use Stealth Rock, a powerful entry hazard move that pre-emptively damages enemy Pokemon as they are swapped in. That said, it doesn’t sacrifice power so long as you stick to physical moves like Earthquake or Wood Hammer.

If you’re planning to use Rock Polish to make your Torterra the fastest tortoise in recorded history or simply want a more offensive setup, you should instead pick an Adamant nature. This increases Torterra’s attack, but decreases its special attack, making Torterra into even more of a physical powerhouse.

In contrast to the other starters, Infernape is incredibly fast, but can’t take quite as much punishment as Torterra or Empoleon. Naturally, it excels as an offensive Pokemon, but there are actually a number of ways to fulfill this role, as its two offensive stats are completely even and it has a remarkably diverse movepool.

If you’re planning to use Infernape as a physical attacker to better utilize moves like Close Combat and Flare Blitz, you should go for a Jolly nature, which trades special attack for more speed. This will minimize Infernape’s chances of being outsped and KOed before it as a chance to do anything.

Alternatively, Infernape also does excellently as a special attacker, particularly since it has access to Nasty Plot. In this case, you should use a Timid nature to maximize your speed while decreasing physical attack. Not unlike a jolly nature, this helps ensure that Infernape will attack first.

The third option is to use both physical and special moves. Naturally, decreasing either offensive stat is undesirable in this scenario, so you should instead utilize a Naive nature to increase speed at the cost of defense.

Like Torterra, Empoleon doesn’t naturally come with a lot of speed. That said, it has very respectable bulk and its special attack is the highest offensive stat on any Sinnoh starter. Since you’ll want to capitalize on that, the best natures for Empoleon tend to decrease physical attack while boosting other stats.

With Empoleon’s special attack already so high, it makes sense to push it even higher. A Modest nature is the best choice for this approach, as decreasing your physical attack won’t matter much if you’re just using special moves.

Alternatively, if you plan to use Agility to double Empoleon’s speed, a Timid nature can speed it up even more.

If your goal is to raise an Empoleon that has supportive moves while still packing a punch, a Calm nature will increase its special defense at the cost of attack, while leaving your special attack as high as ever. This lets it use Stealth Rock more reliably or simply allows it take a hit before unleashing a devastating counterattack.

So What Natures are Best?

While this is hardly an exhaustive list and more unconventional setups are certainly possible, Impish or Adamant natures are good choices for Torterra, while Jolly, Timid or Naive natures work best for Infernape and Empoleon will typically excel with a Calm, Modest or Timid nature. At the very least, these are all very competitive choices for the three Sinnoh starters!

What is the Best Nature for Starter Pokemon in Pokemon Brilliant Diamond and Shining Pearl?