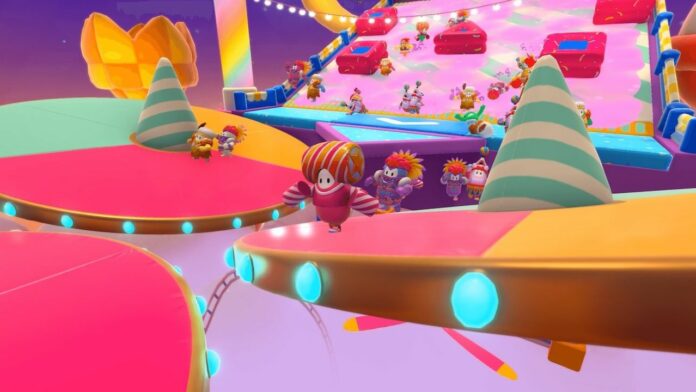 It took Fall Guys: Ultimate Knockout a long time to release on Nintendo Switch, Xbox consoles, and the Epic Games Store, but it will do so in style, as many are the changes coming to the multiplayer game developed by Mediatonic when it finally debuts on these platforms, first among them the game adopting a free-to-play model starting from June 21.

Those who already purchased Fall Guys may not be particularly happy about the game going free-to-play, but they will be able to get some exclusive extras via the Legacy Pack.

Here’s everything that is included in the Fall Guys Legacy Pack, and if it will be available on Nintendo Switch.

As the Fall Guys Legacy Pack is being offered to those who purchased the game developed by Mediatonic, it will not be available to Nintendo Switch players. Since Fall Guys will debut on Nintendo Switch on the same day the game does free to play, there is no way for them to purchase the game and thus be entitled to this pack.

The Fall Guys Legacy Pack will include three new outfits, one title, one nameplate and a Free Premium Pass consisting of 100 Tiers. With the free Premium Pass, players will be able to unlock quite a bit of additional content, so it is a very nice inclusion and a much better one than the other cosmetic. They are welcome inclusions, to be sure, but they definitely cannot compare in terms of value.