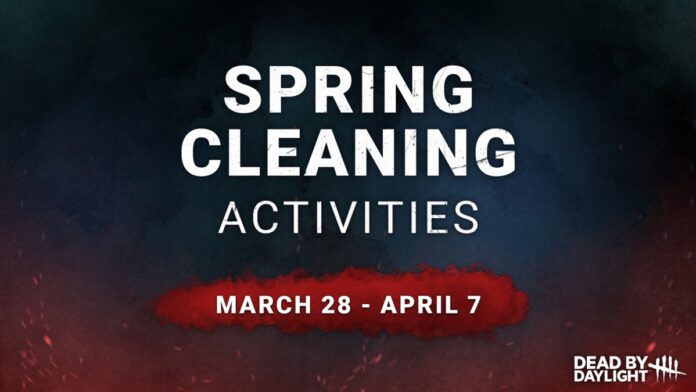 Dead By Daylight has a new event that has just begun: the Spring Cleaning Event. Between March 28, 2022, and April 7, 2022, players will benefit from a range of exciting gifts and rewards. Find out more below!

From March 28th to April 7th, players who log in and play their first match will be rewarded. The rewards include Iridescent Shards, XP, and Bloodpoints, as well as the chance to buy discounted cosmetics in the Store.

Players can gain 1,000 XP instead of the usual 300 XP. This applies to Survivor and Killer roles separately, so make sure you log in to and play both sides!

If players complete Daily Rituals during this period, they can gain double the Bloodpoints than usual! This is excellent news for anyone currently leveling up their characters, or those in need of more items and add-ons to use in-game.

Get 20% off Auric Cell costs for the following characters:

If you miss out on any of the daily log in cosmetics, they should be available to buy in the store once the event is over! Have fun!

What is Dead By Daylight’s Spring Cleaning Event