Home Guides What Does the eFootball 2022 Mobile 1.1.0 Update Include? 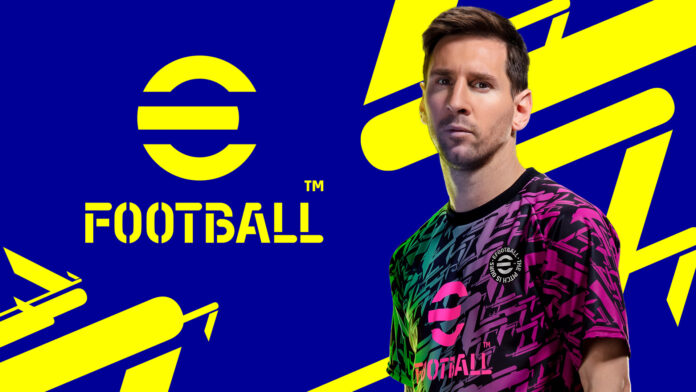 Konami has made a name for itself among football fans with the Pro Evolution Soccer, which could rival the more popular FIFA Football series with its amazing gameplay. The series by the Japanese publisher, however, is no more, having become the eFootball franchise whose first entry hasn’t exactly been well received on consoles and PC.

Alongside the main game, Konami was also supposed to release eFootball 2022 Mobile, a mobile version of the game. Unfortunately, this version of the game has been delayed multiple times, leaving mobile players no choice but to continue playing PES 2021 for their on-the-go football fix.

Thankfully, the wait is almost over, and with update 1.1.0, eFootball 2022 Mobile will finally launch globally. Here’s everything you need to know about this update.

eFootball 2022 Mobile will release alongside the v1.1.0 update on June 2, as announced on May 19 by the series’ official Twitter profile. Included in the update will be plenty of new features that will set the new game apart from PES 2021, such as new gameplay and Dream Team, improvements in win/loss decision-making in online matches, and server enhancements.

The current mobile game will not be available from May 20 until June 2 due to maintenance, and once it is over, a start-up period will begin and last until June 15. From June 16, new in-game events will be launched where players will be able to get new players by spending eFootball coins.

This is obviously only a small part of what the eFootball 2022 Mobile 1.1.0 update will include. More information will be shared in the coming days by publisher Konami on the game’s official website.

Given the long wait, players are anticipating the release of eFootball 2022 Mobile on iOS and Android. The console and PC game will also receive its highly anticipated 1.1.0 update on June 2 as well, so it will be interesting to see if any of the improvements that will make their way onto the main game will serve as the basis for the upcoming mobile release. Don’t disappoint us, Konami, and show us how the long wait was well worth it!