Home Game Guides What Are the Ingredients to the Wideye Potion in Harry Potter: Hogwarts... 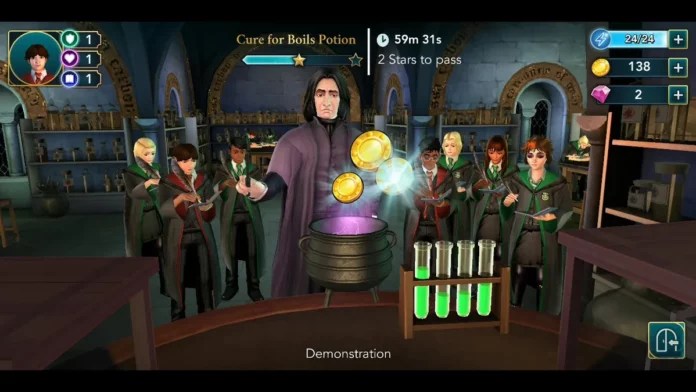 As it exists in the magical world, Potions have been an important tool for witches and wizards since ancient times when magic was first introduced to the wizarding world. Today we will be talking about one of the potions in the game and how to brew it, named the Wideye Potion.

The Wideye Potion, also known as the Awakening Potion, was a potion that prevented the drinker from falling asleep. The potion could also be used to awaken someone from a drugged or groggy state or even a concussion.

The Wideye Potion also acts as an antidote for, and a counteracting agent to, the Draught of Living Death. Its recipe could be found in Magical Drafts and Potions, and this is how players can make it in Hogwarts Mystery.

After acquiring these ingredients, brewing them in this manner in two easy steps will finish the potion.

(Although Hogwarts Mystery does not really have a brewing minigame, as a Harry Potter nerd, I felt like sharing the brewing method so we can all have a bonding moment.)

What Are the Ingredients to the Wideye Potion in Harry Potter: Hogwarts Mystery