Home Game Guides What Are The Differences In Pokemon Brilliant Diamond and Shining Pearl? 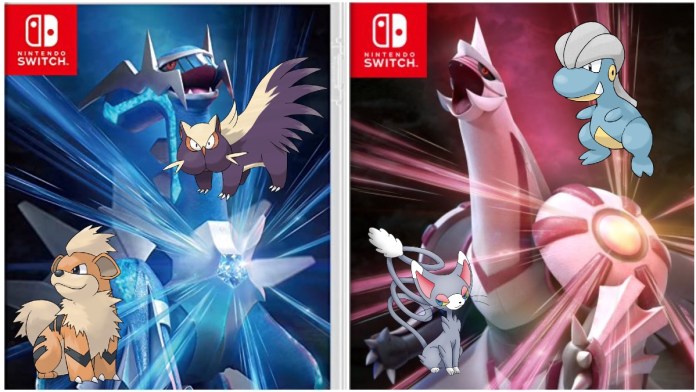 Long-time Pokemon players know the struggle all too well of picking what version to get when a new core game in the franchise drops. Most of the time, that choice boils down to which Pokemon are version exclusive. This means that certain wild Pokemon that you can catch in one game won’t be available to catch in the other version of the game. Unlike some recent Pokemon games, Brilliant Diamond and Shining Pearl’s individual differences mostly involve version exclusives.

The Difference Between The Game Mascots

The Exclusives In Ramanas Park

A feature introduced in the remakes that was not in the original game is Ramanas Park. This is an area that unlocks in the postgame setting once you get your Pokedex upgraded to the national Pokedex. In Ramanas Park, you can catch legendaries from past games, and there is one particular catchable set exclusive to each version. In Shining Pearl, the exclusives are Lugia from Johto and the three legendary birds Zapdos, Moltres, and Articuno, originally from Kanto. In Brilliant Diamond, the counterparts are Ho-oh and the three legendary canines Suicune, Raikou, and Entei, all originally from Johto.

For your convenience, we have included a list below of every version-exclusive Pokemon, organizing them by game. Hopefully, this information has made your decision on which game to get much easier!

What Are The Differences In Pokemon Brilliant Diamond and Shining Pearl?