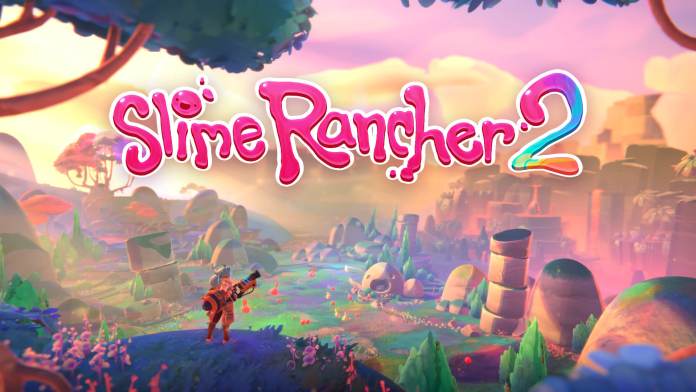 Slime Rancher 2 offers a ton of features and a colourful-looking world that players can explore in search of various resources that can be used to craft items.

What are Largo Slimes in Slime Rancher 2? – Answered

Largo Slimes are massive creatures that your vac machines simply cannot suck them up. Instead, they become stuck at the very end and it’ll be up to you to decide what you want to do with them.

And although Largo Slimes have certain uses in the game, they can also be a bit tricky to manage as it can take a while to get used to them altogether.

Being a combination of two slimes, Largo Slimes might as well be the result of two slimes wandering into themselves in the wild and have now merged as one large slime.

Ultimately, Largo Slimes is a combination of two slimes that now also desire a lot of food. The more food they desire, the more plorts they will produce which will also earn you more money in the game.

One of the first Largo Slime that players might encounter is a Cotton Pink slime. And from the name, you’d already guessed that it’s a combination of Cotton Slime and Pink Slime. This slime also has a diet for all food, unlike the Cotton Slime which only prefers to eat vegetables.

Unfortunately for most players, there is no entry for the slime in the Slimepedia. So anytime you encounter a Largo Slime, be sure to use your vac to learn critical information before sending it into a pen. Also, you shouldn’t place it with the other slimes that don’t like the same food.

Other than their demand for more food and the fact that they produce more plorts, Largo Slimes are not very different from Standard Slimes. And lastly, be sure to keep track of the food the Largo Slime enjoys eating so you can gain lots of plorts from it.

What are Largo Slimes in Slime Rancher 2? – Answered