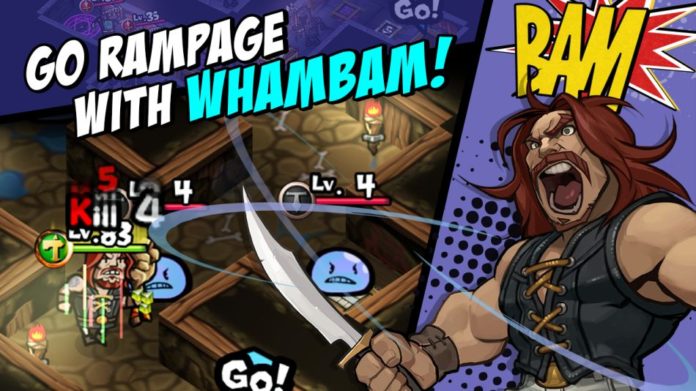 WhamBam Warriors is a truly unique, beautiful game. Mixing RPG elements with puzzle solving, great graphics and hordes of amazing heroes and loot, this is the game you should be playing right now! And we’re here to help you play it better by sharing some WhamBam Warriors cheats and tips in our complete strategy guide.

The good news for those who don’t really like puzzles is that the focus is mostly on the RPG part, so you shouldn’t worry that much. The puzzles are just enough to give you a bit of diversity and make the entire experience a little better. But there are various things that you should consider when it comes to playing this game like a pro, and that’s exactly what we’ll be talking about today.

So let’s not waste a single second and instead let’s check out Touch Tap Play’s WhamBam Warriors tips and tricks below! 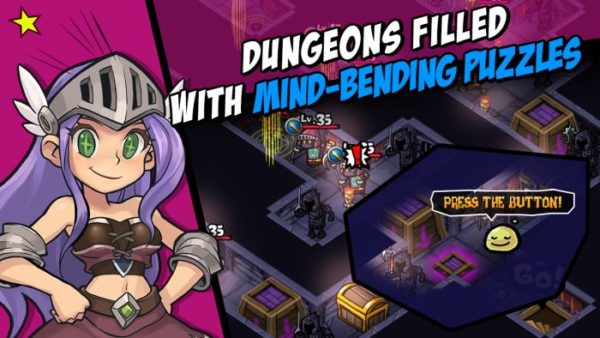 Rarer warriors are better
This goes without saying: rarer heroes are a lot better than more common ones. And even though you will start with commons, after just a few days of playing you will have a huge variety and many warriors to choose from.

I recommend trying to mix and match based on the deck cost you can afford, trying to level up as many warriors as possible in order to have options available in the later stages when you will only have to use a specific type of warriors or a combination of them.

And remember: higher rarity warriors are by default more expensive, so you will probably have to choose your favorite when creating your deck – or focus on the next tip!

Negotiate wages
Although the game doesn’t explicitly tell you about this option, you have it: you can negotiate “wages” with your warriors. In other words, if the negotiation is successful, the cost of sending that warrior into battle is reduced by half a gem. 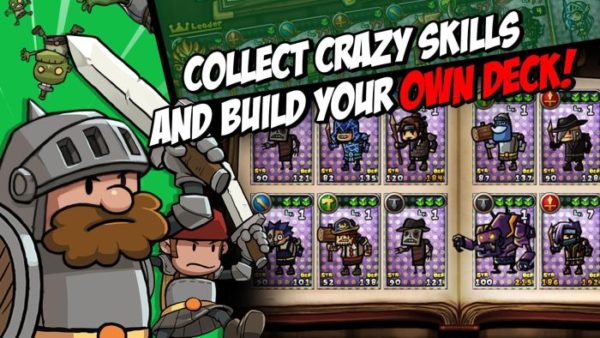 You should, therefore, negotiate as much as possible with the rarest heroes in order to make them more affordable. It also appears that the first negotiation has the highest chances of success, so it would be a good idea to focus on negotiating once with your heroes and only afterwards focus on a second or third negotiation.

Know your warriors!
Each warrior has their own share of boosts and bonuses and even leader skills. Therefore, you should spend some time reading the descriptions and knowing what each of them does. These small details usually make a difference!

Make sure that you pick as a leader your warrior with the best skills in combat and when deciding between two warriors of the same type, always consider not only their damage and hit points, but also their skills and how useful they are in specific situations.\

For example, a hero that can steal one gem from your opponent is not that good in campaign battles, while one that gives a boost to other warriors of a particular type is not that useful in 1 vs 1 Coliseum battles.

Remember equipped weapons
One of the features that strangely is missing from the game right now is that equipped weapons are never shown in the warriors’ menu. Therefore, you will have to remember their stats in order to make sure that you won’t end up equipping a worse weapon afterwards, as it will destroys any weapons you have already equipped.

I strongly believe that the developers will let us see the equipped items in future updates, but until then you should keep a note written and easily accessible to make sure that you won’t replace your rare with a common – like I did at least once. 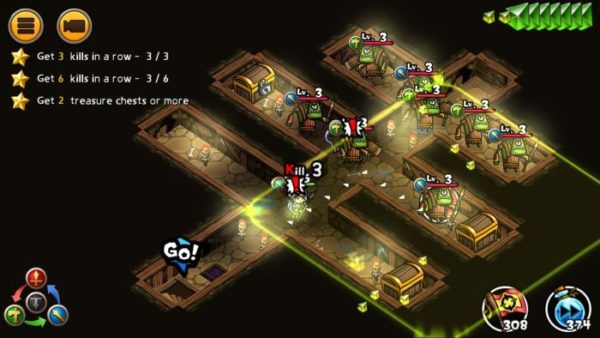 Replay levels to get all stars
Completing the Campaign missions is a must and you should focus on that especially early on in the game. Getting the 3 stars in each stage is even more important, but rarely will you be able to do it in one go.

But don’t worry! Whambam Warriors itself is made in such a way that you will have to complete the same stage twice or multiple times in order to get all the stars. Just focus on one at a time (or two, if possible), and you’ll get there. And while you do it, you will level up your heroes too!

Strategize a bit to win all stages
Since there are puzzle elements in the game, you will have to spend some time strategizing before moving. Consider switches, what they unlock and their placement in order to know what you have to do – and when is the best time to do it.

For example, it’s a good idea to send your worst heroes in areas where there are only switches (if any), while your strongest ones should do the battling. Also remember to send warriors of elements stronger than the ones they’ll be facing and the fact that just one warrior can be in a specific square at a given time – so flooding the areas with heroes is not an option.

The good thing is that all the levels are smartly designed and you should have no problem completing them eventually if you have a solid strategy in mind.

Rule the Coliseum
Apart from the campaign battles, you should also focus on defeating real life players in the Coliseum. The things are pretty much random there and you don’t know who exactly you’ll be facing, so it’s a good idea to send your stronger warriors first, having a bit of diversity as well, in case you end up meeting a strong opponent that your element is also weak against.

So the best suggestion for a solid Coliseum deck is to max it out with warriors like this: red, blue, green, red, blue, green and so on – this way you keep the risks of always having a weak element hero in battle.

Check the bookcase to complete sets
You have the option to sell or merge warriors… but don’t rush to do that because there are also warrior collections available in the game and completing them will reward you with powerful characters.

In order to check out your progress to completing these sets or to see the required items for each collection (and there’s TONS of them), simply open the Bookcase in the main area of the game. And keep your characters to complete these sets!

This would be all that we have for you in terms of tips and tricks for WhamBam Warriors. An amazing game for sure – and if you have additional bits of advice to share with fellow players, don’t hesitate to do so by commenting below.