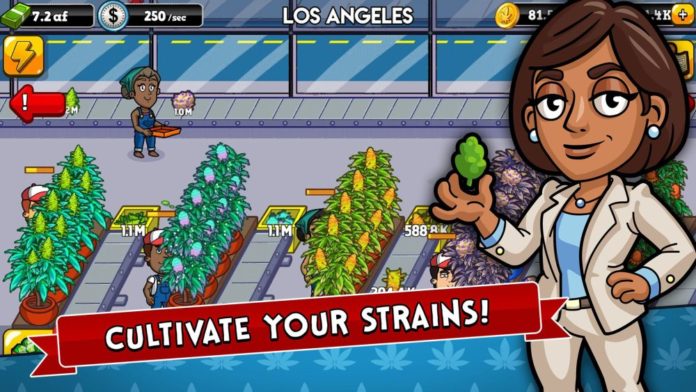 So, are you looking to build your super medical marijuana empire virtually, on your mobile or tablet? Weed Inc is the perfect game for that: well made, fun and addictive! And we’re here to help you get the most out of it by sharing some Weed Inc cheats and tips in a complete strategy guide.

Things are pretty much obvious when it comes to this time management game, but we’re going to make them clear for everybody and maybe share a thing or two you weren’t aware of. These could make a big difference, so don’t hesitate to check out below our Weed Inc tips and tricks to improve your game!

Manage earning boosts properly
Your main goal is that of making as much money from the weed you’re selling. You have the option to double your earnings for 4 hours by watching an ad and you should do that until you fill the meter up. 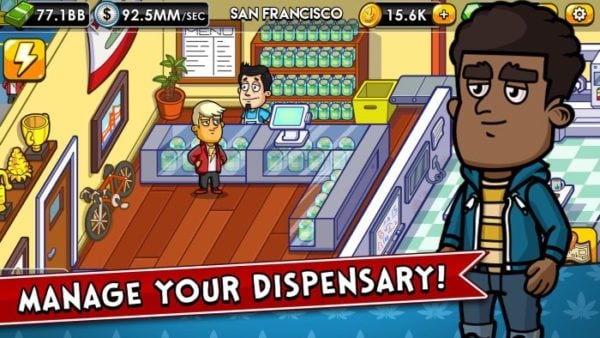 Remember to watch ads for each city that you have unlocked, as each one works separately!

Finally, only after getting this boost, should you use the revenue boosters in the shop – those that increase your profits by 25x, 10x and so on. This way, you will earn massive amounts of money very fast.

But that’s not all! When using the 25x boost, for example, your stock will vanish pretty fast. So make sure that you use these AFTER using the production boosters in the production units. Create solid stocks, double the earnings by watching ads, activate the best price booster: this is the key to success!

Although the boost itself is not huge, it does matter on the long and short term, so remember to keep on tapping on the units. The best moment to tap them, though, is when you activate one of the boosters – especially the 100x production one which will give you tons of jars to sell. 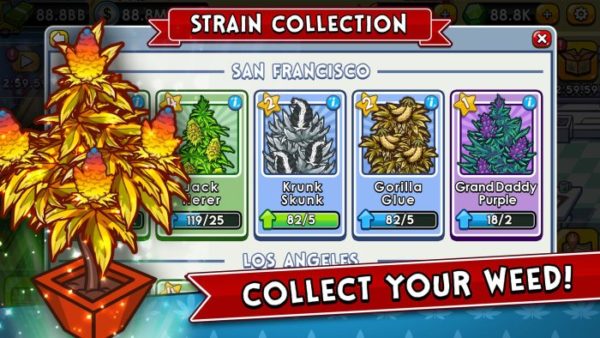 Only upgrade at a discount
There is absolutely no point in upgrading anything in the game without doing so at a discount. Although this is a bit more difficult as you start playing since you don’t have all the required cash to unlock the staff, afterwards you should only do it at a discount.

When using the 90% off staff, make sure that you are ready to do the tapping extremely fast since it only lasts 10 seconds. A good idea to get as many levels up during this time is to tap and hold as this upgrades faster.

Use your best strains first
Although we have realized that the new areas that you unlock produce more than the earlier areas, these are more expensive and cost a lot more to upgrade. Therefore, even though in theory you would end up making more by waiting to put your best strains in the later areas, it’s best to use them as soon as you have a chance.

Level them up using coins and place them as soon as you can. You can use any type of strain in any city as long as you have some available, but you can’t unlock specific strains unless you have unlocked a particular city.

But once you do, look for the rarer ones and use them as soon as you have the chance, then focus on upgrading them as much as you can in order to earn money faster.

Buy goodies from the store
The golden coins that you earn in the game (also from tapping!) can be used to level up existing strains, but you can also use them to buy various goodies in the store.

Don’t shy away from doing this because some of the prices of the rarer strains are not that high and the gains are huge. So always keep an eye on the deals page in the store and buy the strains that you need to level up in order to gain new seeds for planting. 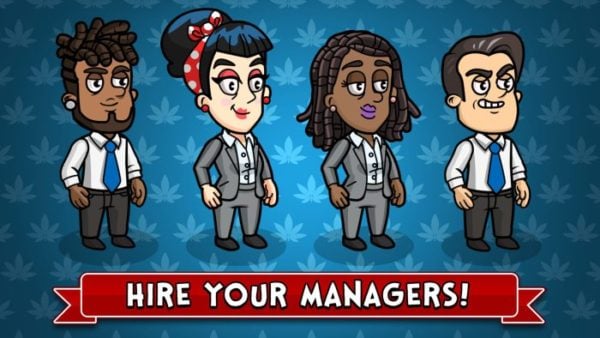 What you want to upgrade first is the production area – focus on each of the production units at a time. Then make sure that you upgrade the dispensary because that decides the amount of profits that you get per item sold.

The least important part is the bottling area – I never had any problems with it even on lower levels, do don’t spend too much money on it. If you see that a lot of medical marijuana starts piling up, either tap the bottling machine or level it up a few times.

Remember that staff comes on a per city basis
One very important thing to have in mind is that staff is unique to the city you’re using it in.

This means that if you activate a staff member in one city, you don’t have to wait for the cooldown timer to pass before being allowed to use them in a different one.

Because of this, it’s good to start playing in a city, use all the options you have for boosts and buy everything, then move to another city that you have unlocked and use everything there as well.

This would be if for now. Although we weren’t able to find any actual cheats for the game, we’ll make sure to update this article if we do. Until then, if you have any additional Weed Inc tips and tricks to share with fellow players, let us know by commenting below!