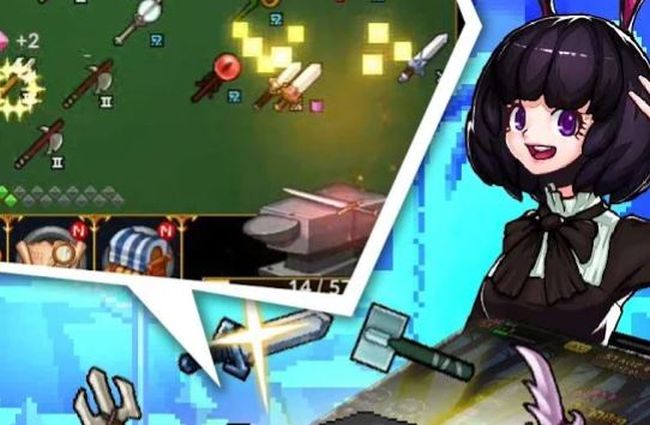 In today’s article we are going to dive into the Weapon Heroes: Infinite Forge tips and cheats to help you pass more stages and put together a strong hero lineup armed with the best of weapons!

While this is not like most other idle games out there, Weapon Heroes: Infinite Forge will have a pretty unique system – that of letting you get weapons before heroes! So with that being said, I will tell you all of the big and small things that you should keep in mind when playing, so that you can advance further fast!

But since now you came here to learn all of the Weapon Heroes: Infinite Forge tips and tricks, let’s not waste another second and dive right into them!

You can start in the game by casually tapping on the anvil in the bottom right corner of the screen. There you are able to create more weapons, which will help you in the long run by calling forth better troops!

The most basic thing in the game comes down to this, so if you are not sure of the mechanics of it, let me put it simple then:

– You can store up to a maximum of weapons (number is shown on anvil, it is 12 at start) and once you reached that number of weapons, you cannot passively queue any more and you will have to forge ASAP to be able to queue more!

– You can drag and drop the same weapons to upgrade them into a tier higher weapon which will then be used to call forth a better hero!

– Once you’ve reached maximum number of combinations on a weapon, it will transform into a new random weapon which will call forth a (hopefully) better hero – N, S, SR, SSR!

You should always make sure that you don’t let your weapons reach the maximum number of weapons in queue because then you will stop the production, which is not something that we want – we want to keep it coming so that we can combine as many as possible!

This is the core mechanic of the game – the better the weapons you obtain, the better the heroes that will follow! So I suggest that you try to get as many Crystal Swords as you can (that’s the level 10 swords) and combine them so that you can try and obtain a new R+ hero!

It is going to take some time, but eventually you will get them – but not just that, you can also buy some of these swords to help boost you a little! All that you need to do is start farming and collect the resources necesary.

Save up Gems to buy swords

There is an option which will let you purchase 10 Crystal Swords (with an extra Blessed Sword for free) and it goes for 2000 Gems. You can find this option in the Shop -> Asset -> Item and there you can select the Crystal Sword x10 + Blessed Sword x1.

I suggest that you save the Gems necessary and buy this as early in the game as you can, because it will possibly give you some very good heroes! You can try to rush completing various quests and achievements and that will reward you with plenty of Gems to make this “summon” possible early on.

This chest is available for free every day, once every 12 hours, and it will give you one of the following:

– Honor Material Chest (gives you a random amount of materials)

Make sure that you open this every day because it will add up to the materials / resources you have and it will help you advance and make upgrades.

As you might have already noticed there are several types of currencies in the game – all of them can be used for making various upgrades, but if you want to really pass the stages with maximum power, then you should keep an eye on the buffs which I will list below and try to upgrade them as much as you can, and in the right order.

Some of these buffs / upgrades can be found in the Lab, so head on there and you can use the Obsidians that you have to Research some new upgrades. I suggest that you start with Production Speed because that one will reduce the time needed to produce more weapons.

The Gem upgrades are just like the Obsidian ones, except that they cost Gems. The upgrades with Gems have more options, so you should give them a quick read beforehand. I would suggest that at start you spend the Gems on trying to get some better heroes, and only after you acquired a few (good heroes / weapons) you should go on ahead and use the Gems for upgrades.

These upgrades are limited, and you can only purchase one of each before they go out of stock. They can cost either Quartz or Gems, and if you want to get some possibly good items, you should check them out!

I found here a Longsword IX, which is super useful for 6400 Quartz so if you want to try your luck, you can check the possible upgrade offers every day! Also, don’t forget that there is a free reset daily so you can refresh the “Buy” option for new stuff.

These upgrades are located in the Shop -> FUNC (Functional) and there you can find various upgrades which cost Gems. These upgrades are pretty good, and they can give you anything from increasing the amount of Gold you receive, to boosting the offline stage running speed.

You should check them out and try to purchase the Game Speed first and foremost (the very first option) because that will speed up the process of battling the stages. It will be easier on you because you won’t have to wait as much for the battles, and once you upgrade it to level 10/10 (it will take a while though) it’s gonna be extremely good – you’ll see the speed.

Do the quests for extra rewards

There are three types of quests in the game, which will give you quite a lot of resources every day upon finishing them: Daily Quests, Weekly Quests and Achievements. Depending on how difficult a task is, the rewards received for completing it are getting better and better!

These quests are going to reset every day, so I really suggest that you try and complete all of them before that. They are not super difficult, but some of them will require you to invest a little bit of time into playing the game! Do them daily because the resources they give as rewards will help you make plenty of upgrades.

The Weekly quests are not as easy to complete as the daily ones, so you should try and give them a read to see what the tasks require of you. The weekly quests will reset every week, just like the daily ones reset daily – so try to finish them within the week!

The Achievements are a one time completion only, so if you can complete some of them, they will reward you with some pretty good loot. They don’t have a time limit for completing them, but because the rewards are pretty good, you can try to work specifically for completing certain tasks – such as for free Gems!

These are not exactly “quests” but rather game tutorials which give you some good rewards. I suggest that you do them when you want to start claiming free loot, because they will give you many things, from Gems to Obsidians.

The Book rewards are given as a “collection” reward, whenever you add a new fighter to your team! You can find them by tapping on the “Book” option in the upper side of the screen and then in the middle-bottom side you can see the rewards becoming available when you collect more heroes.

If you like things tidy, then the game as the right option for you – Organize can be found in the top right part of the bag interface and that will automatically sort your weapons – place the X+ weapons on top and the X- weapons on the bottom. You can do this whenever you want, just don’t forget to also combine the weapons to save space!

The weapons can be sped up by watching an advertisement! You can do this by simply tapping on the “Speed Up” button in the bag and there you will get a pop up that asks you to watch an ad! Not just this, but you can also get the Auto Fuse option from the store by making various upgrades to it.

Are you curious about how you can unlock more heroes in the game? Well, it is pretty simple – all that you really need to do is to keep on playing to pass more stages – you will unlock a new hero once you have passed level 10, 50, and so on – you can see the level milestones in the middle part of the screen!

I suggest that you always equip the best weapons (heroes) that you have, because the more difficult the levels get, the more damage you will need! So for that, you also need to make quite a lot of upgrades!

Level up your Weapons!

In the very first option from the bottom menu you will find the “Weapon” option which will show you your current weapons. I suggest that you start upgrading them starting with the very best ones that you have, because it will make a big difference.

You should not bother with the lower level ones, because they will not give you much in return – instead, once you have some good heroes, you should focus on upgrading them all as much as possible – and somewhat equally.

Put together a good team

Last but not least, should be you putting together a good team to take on the challenges. A good team should always have a tank, a healer and some damage dealers! It is best if you can rush to level 50 so that you can unlock the third spot in the party for 100 Gems, so that you will have the ideal team.

Once you are level 50, and have unlocked the third slot, place on your team a good DPS, a Healer and a Tank. That comp will clear all content up to level 100 quite easily – afterwards, you can try to either go for 1 more tank or 1 more DPS!

These would be all of our Weapon Heroes: Infinity Forge! Do you know some more cool game tips and strategies? Feel free to share them with us and the other players down in the comments section below! 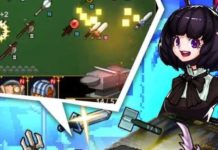