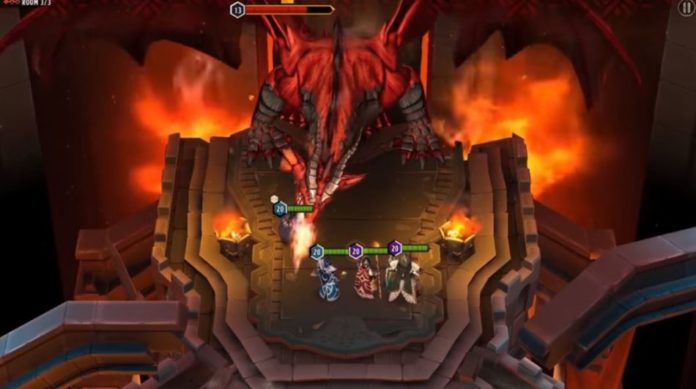 In today’s article we are going to give you our Warriors of Waterdeep tips and cheats to help you defeat all the encounters in the dungeons and to become more powerful.

If you are a dedicated Dungeons and Dragons fan, this might not be exactly your cup of tea, even if the game is supposed to be kinda… Dungeons and Dragons! I personally don’t find it as appealing as a casual DND run, but that still made me curious to find everything there is about it and tell you all about it!

So if you are curious to know all of our little Warriors of Waterdeep tips and tricks, then let’s not waste another second and dive right into them!

Play through the first two dungeons

This is going to unlock you a couple new heroes to join your party, so I definitely suggest that you try to complete the first two dungeons as soon as you start playing the game.

It is going to be pretty difficult until you get more levels and upgrade your gears a little bit, but in time and with dedication you will be able to do everything. After you complete the first two dungeons, you will receive enough EXP to level up your heroes (and also by upgrading gears) and you will be able to unlock a couple new characters.

You should be careful though because at the boss levels you need to play it carefully, as the bosses are pretty tough! You should always try to keep yourself healthy, and if your health bar goes down, immediately use a heal!

How do you level up?

Like I previously mentioned, you get EXP when you play though the dungeons, but also when you level up heroes. You level up heroes by upgrading their gears (it gives them EXP) and by fighting with them in Dungeons. If at the end of a dungeon the hero is still alive, it will receive some EXP.

You can see your level up rewards by tapping in the top left corner of the screen, on your player level. There, once you made a few picks, you can see what your choices were in terms of characters and gears.

Always attack with an advantage

You need to always pay attention to the attacks, and to be more precise to the arrow on top of the enemies’ heads. That is going to show you how effective your attacks will be against each enemy, based on the archetype.

Always attack the enemies with a green arrow on top of their heads, because that is the most advantage you can get against that enemy. There is:

– Green arrow, which means there is an archetype advantage and the attacks will do more damage.

– Yellow arrow, which means there is no advantage over the enemy, and the attacks will do normal damage.

– Red arrow, which means you are at a disadvantage and your attacks will do less damage.

Try to always pay attention to this, and if you don’t have any heroes in range which can do attacks with an advantage, try to move them around on the battlefield – maybe the heroes that are not in range will have an advantage!

Also, if none of your heroes have any advantage whatsoever, it’s OK even if they have normal damage. The problem is when they are at a disadvantage and you will have to constantly heal them and be careful not to die (in which case, change the party).

The whole deal with advantages and disadvantages works for the skills as well, so make sure you check them too before you cast them!

Since this is a game based on luck pretty much (and rolling the dice), you should take into consideration the fact that you could get hit… by a lot! I suggest that you always try to keep your heroes as healthy as possible, because that is going to help you survive longer.

Also, another reason why you should try to keep your heroes alive for as long as possible (preferably all throughout the fight) is so that they can get EXP at the end of the dungeon, along with the rest of the heroes. But that might not be possible always, so just try your best!

When you complete the dungeons, you will be rewarded with various items, all which can be found in chests. You will claim these rewards automatically, and they will all be hero-dedicated. So for example you might get something for your Wizard, and another thing for your Cleric, along with some Gold.

You will find some common gear and also rare gear, all of which have different stats and give different bonuses. I suggest trying them all out before you start leveling them up, just so you know what to go for first.

Eventually, they will all come in handy at the right time (and all should be leveled up, because they increase your hero’s level), but for now you should focus on the ones which you will use the most.

For example you could get a random common weapon which could have a skill that you like more than a rare weapon’s skill, and synergizes better with your team overall. And while we are talking about team synergies, this takes us to the next point.

Choose heroes which go well with each other!

When you are given the choice to pick between a few heroes, I suggest that you read their description well and learn a little about their class and abilities. Since all of the heroes have different strengths and weaknesses, try to make up a team which will be very good together.

If you have already multiple characters, try swapping them out amongst each other until you find the best possible combo. For example, I like using Shevarith with Farideh, Halbenet and Saarvin, because they are ranged and have a lot of buffs which I consider work for my play style.

However, if you want a Bard, you can get Calliope who gives inspiration to others and also inflicts ranged attacks (I plan on getting that next, as soon as possible and possibly swapping out someone from the team)!

I definitely suggest reading their skills and stats well before you choose them, because you will see quite a big difference when you start playing.

Complete the free challenges every day

In the Adventure tab you will see three main buttons:

– Explore: lets you explore the land, taking you to complete the “main story” battles and dungeons.

– Battle: the PvP option which gives you trophies and chests filled with goodies (which, by the way, you should open whenever you acquire them).

– Challenge: here you can complete a daily challenge for free! I suggest waiting for the free challenge, because it’s really not worth wasting gold to pay to re-try a new challenge.

I definitely suggest that you do the free challenges every day, because you get free stuff, and you will need them sooner or later! Also, one of my favorite options is the Battle one, where you get to PvP with other players!

The PvP battles are similar to the PvE battles, which means that you can see if an attack will have an advantage or not, but it also means that you can get taunted and have other negative effects inflicted upon your characters. Be very careful!

These would be all of our Warriors of Waterdeep tips and tricks that we have for you right now! Do you know some other cool game tips that you would like to share with us? Leave a comment down below!

Warriors of Waterdeep Cheats: Tips & Guide to Complete All Dungeons