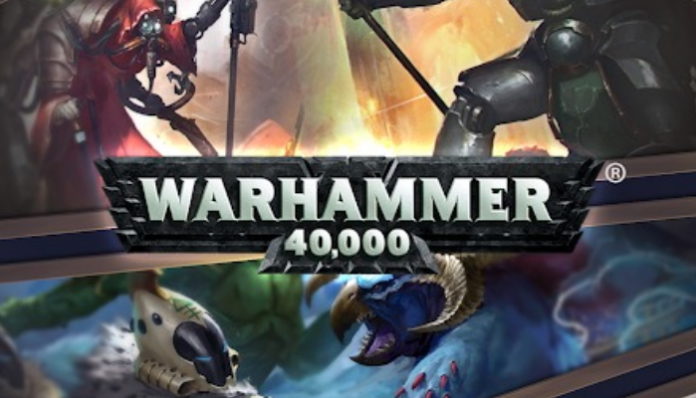 All of your favorite factions are here – take up the mantle of the mighty Space Marines, be ferocious with the wild Orks, or use the otherworldly power of the Necron. The choice is yours!

All Warlords have an innate ability called a “special rule”. Special rules can be seen by going to the card’s info page and tapping the special rule tab. If you are having trouble building your deck around a central theme, try building around one of the special rules.

For example, the starting Warlord Captain Acheran’s special rule is that whenever a Space Marine is deployed, he gains +10 wounds.

To get the most out of his special rule, you would fill the rest of your deck up with Space Marines, making him a very tanky Warlord. This is just one example of many, so feel free to experiment with your favorite Warlords and see what works best around them.

The key to winning battles in Warhammer Combat Cards is to know when and what attacks to use.

Always keep in mind that both players attack during the same turn, using the same method of attack that was chosen. You can use this to your advantage! Here are some factors to consider when attacking.

Those are just a few examples of taking attack factors into account. Remember, it is not just about how much damage you can do in one attack – you have to think about future turns as well!

Do not feel like you have to deploy your Warlord immediately into the battle. In fact, it may be beneficial to hold onto your Warlord for a bit before you deploy them.

It is important to keep in mind that if your Warlord is defeated, that is an automatic loss, so try to keep them protected.

No matter where you place your Warlord, they will always be in the center position, meaning they are open to multiple attacks if you do not have a full force.

You must earn enough experience points to rank up in Warhammer, and experience is earned through completing objectives and upgrading cards. Contrary to the typical mobile game, you do not earn experience points naturally through playing matches.

You do, however, earn skulls that can open your next kill chest, which might let you upgrade a card or two.

Early on your matches might be a little rough. You will face opponent’s decks that may be stronger than yours, and you will face defeat a few times.

Fear not, however, so as long as you are taking out as many of their cards as you can, you can still get skulls for more cards. Once you reach rank 5, you can play in the Warhammer single-player campaigns.

These campaigns will let you relive famous Warhammer battles, and the best part is that you can still earn rewards like usual. We recommend playing the campaign a bit so that at least you have more upgraded cards in your arsenal and unlocked card slots.

That’s all for Warhammer Combat Cards! If you have any other tips or tricks to share, let us know in the comments below!