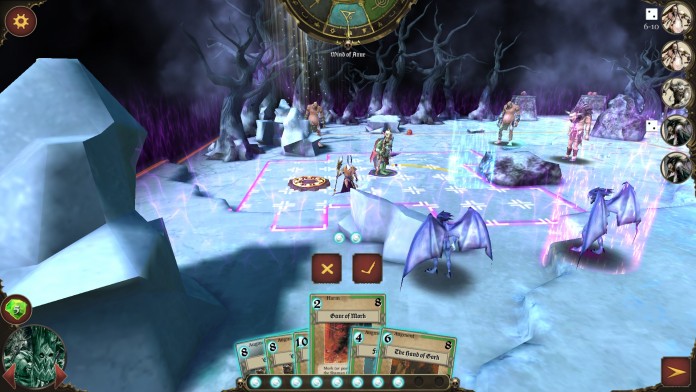 Last week we have reported that Warhammer: Arcane Magic, the strategy game based on the Warhammer franchise developed for iOS, was finally going to be released this week in all regions on the App Store. The publisher has indeed kept its promise, as the stragey game is now available for purchase on iTunes in all regions.

Warhammer: Arcane Magic features a single player campaign where players will have to fight and defeat creatures from the Warhammer universe such as Keepers of Secrets, Harpies, Ghorghons and several others with their controlled wizard. As wizards aren’t physically proficient, it’s their spells that will defeat these creatures. The game includes a lot of different spells, which can be used with cards. With its strategy and board games features and plenty of references to characters and events of the Warhammer universe, fans of the franchise and of board games in general will surely love the game.

Warhammer: Arcane Magic is now available for purchase on the App Store for the price of $9.99. The game looks like a really good strategy game so make sure to check it out if you’re a fan of the genre or of the Warhammer franchise, you probably won’t be disappointed.