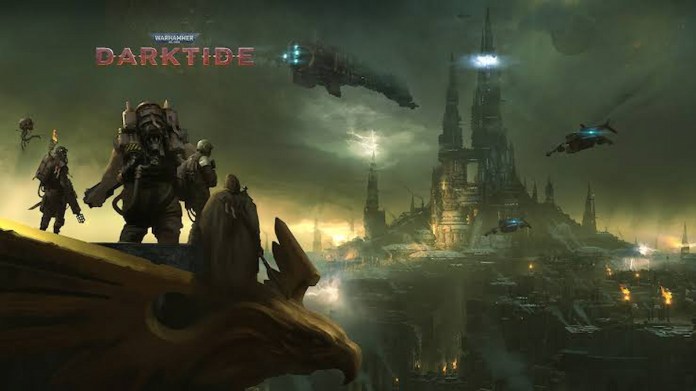 Warhammer 40K: Darktide is a brand new first-person shooter and adventure game that takes players back to the acclaimed Warhammer 40k universe but this time with an impressive world and level design that just sets the game apart from previous Warhammer titles.

There are lots of new features that players can enjoy such as different maps, and weapons with new and interesting characters that’ll make them revisit the dangerous Warhammer universe over and over again. The game has many systems that can be daunting for new players. So is there Friendly Fire in Warhammer 40k: Darktide? Let’s answer that.

So to answer this, NO. There is no friendly fire in Darktide. And unlike the developer’s Vermintide series, any ranged damage you throw into your teammates won’t exactly cause issues. And the reason for this is a little bit elaborate. So a lot of the weapons in Warhammer 40k Darktide tend to either pierce multiple targets or have a large area of effect.

The Zealot flamer, for instance, spreads a fire cloud that covers a large area that if it were to cause a friendly fire, would make playing the game with random players very frustrating because they’d constantly be getting down by the flames.

And although there’s no friendly fire, your in-game allies will still have voice lines that complain about being hit by abilities and your weapons. One of the most likely reasons for this is that friendly fire was initially implemented but was later moved or so, we’re not entirely sure.

So while you can safely hit your allies with ranged weapons, it’s important to also strive as best as you can to avoid them. And while you won’t be hurting your allies, hitting your teammates will block non-piercing bullets from enemies.