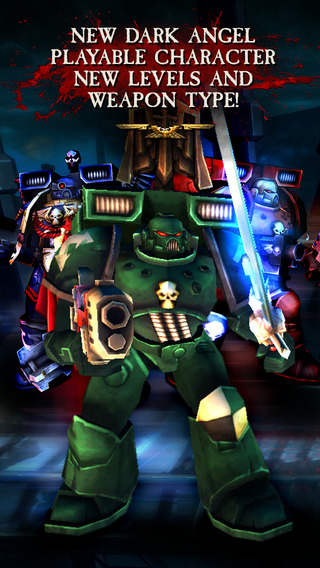 Warhammer 40,000: Carnage, the action game based on the Warhammer franchise, has received a brand new update today.

The new update, which is called the Dark Angel update, includes a brand new character which can be used in a special new chapter starring the Dark Angel Space Marine. Also included in the new update is a new Plasma Gun weapon, which is quite useful when dealing with multiple enemies.New missions have also been added in Arena Combat and more.

Warhammer 40,000: Carnage is an action game starring a Space-Marine super soldier that will have to kill some Orks. Actually, more than some. Several different weapons are at the Space-Marine disposal, like boltguns, chainswords, grenades, hammers and more. If all these weapons weren’t enough, you also have the ability to upgrade them and access some crafting features.

Warhammer 40,000: Carnage also comes with some multiplayer features, that allow gamers to team ip in the Fireteam missions. Slaying Orks is way more fun when you can share the carnage with others, that’s for sure.

Warhammer 40,000: Carnage is now available for purchase on the App Store. The Dark Angel update can be purchased with 30 in-game Gold, which can be obtained by playing the game or by purchasing them with real money.