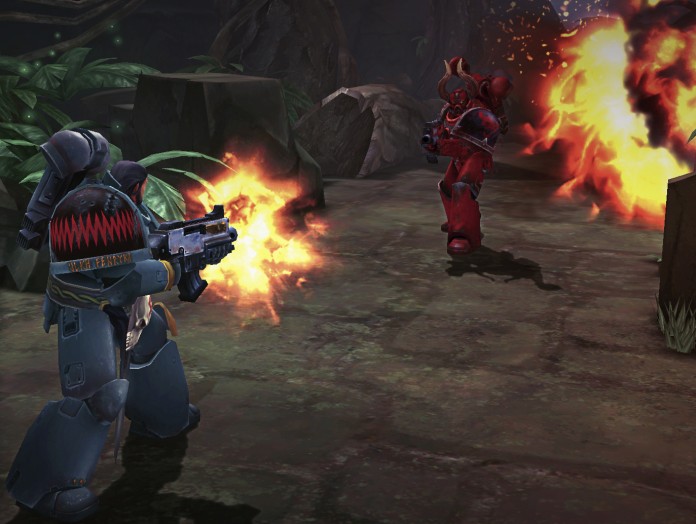 If you’re a fan of Warhammer, you should already know about Warhammer 40000: Space Wolf, a free to play game game that has been announced a few months ago.

Since its announcement we have heard very little about the game, making fans fear that the Space Marines of the series have been lost in Space.

Luckily it wasn’t like that. The first trailer for the game has now been released, together with some juicy details on the game.

Warhammer 4000: Space Wolf is a free to play collectible card game. During the course of the game you will have to find many different cards of weapons and characters and use them in combat. The gaame looks really good, as all battles will be fully animated in 3D.

Being a free to play game, you will also be able to spend real money to get the cards. All the cards can also be upgraded through the Iron Priest’s Forge.

Judging from the new details, the game isn’t really going to be any different from many other card based games. Since the game is still quite far from release, we can expect some unique features that will make the latest Warhammer title stand out from the competion.

Warhammer 40000: Space Wolf will launch sometime during the second quarter of 2014 on iOS. We’ll keep you updated as soon as some new details emerge on the games so stay tuned for all the latest iOS news. TTP always gets you covered!