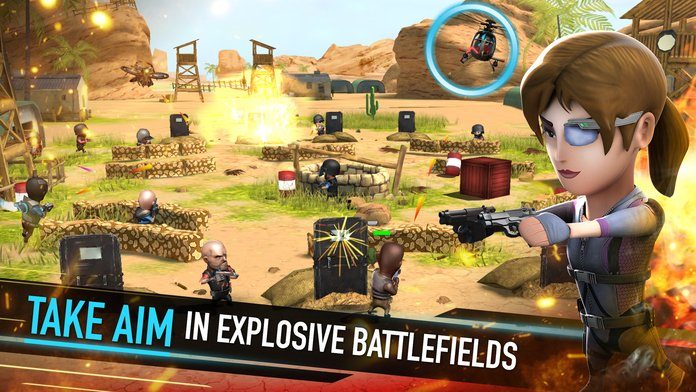 WarFriends is a really nice PvP action game launched by Chillingo on the App Store. In the game, you are pitted against human players from all over the world and battle your way to victory. It’s a really unique approach to the genre which mixes shooter mechanics with strategy and a bit of Clash Royale. It’s really fun and completely addictive and we’re here to share with you a bunch of WarFriends cheats and tips in a complete strategy guide to help you get the most out of the game.

So if you’re looking to get more out of the game and dominate your opponents in battle, read on our WarFriends tips and tricks below (or War Friends if you prefer to write it differently). Either way, no matter how you decide to write this game’s name, we’ve got a really nice strategy guide for you – so let’s get this started!

1. Connect to Facebook
This is one of the first things you should do – and make sure you do it when the game prompts you to do that. The game won’t publish anything on your Facebook timeline, but you will get some amazing rewards in the game, including Premium currency, VIP status for 24 hours and more. It’s a must if you want to get a quick, boosted start in the game!

2. Upgrade your troops and weapons
Upgrading your weapons and troops constantly is extremely important as this gives you a super advantage in the game: you will deal more damage and that is obviously an extremely important advantage to have. So make sure that you are constantly upgrading your weapons and troops and also collect the upgrades in order to activate them.

When upgrading your troops – as well as weapons – be smart about it because the costs go up extremely fast. Focus on upgrading troops that you constantly use in battle and those that you consider the better option depending on your play style. Also look at what troops and weapons will be unlocked as you level up and take that into account as well: usually, newer troops are better so you will probably end up taking those in battle instead. So constantly upgrade everything and be smart about it!

4. Join a squad
Not only that there are a lot of stats and info available after joining a squad, but you also get rewarded with some premium currency when joining a squad, you can take part in squad wars and get great rewards in return, as well as select free WarCards from your squad mates.

5. Shoot boxes on the battlefield
Whenever you see a box drop on the battlefield, make sure that you soot it as it always holds some sort of bonus – and if you don’t shoot it first, your opponent will and will get the extra advantage!

6. Watch the video ads
Whenever you have the option to do so, my suggestion is to watch them. On the main screen, the video ads will give you extra money which is extremely needed because upgrade costs go up really fast. You can also watch ads in other areas to get new lootboxes or free WarCards. In other words, whenever the game gives you this chance, make sure you take it!

7. How to win all your battles
In the end, this is the most important thing. So here are my tips and tricks for performing at your best in order to win all battles in WarFriends:

– Don’t ignore the power of the defenders: they are extremely important as they keep you alive so play them often, ideally first!
– Keep a balance between playing rushers which drive the enemy crazy and ranged sharpshooters.
– Use your Sniper Rifle! You can easily take out some great health from your opponent if you use the sniper smartly. Keep an eye on them and shoot when they get out of cover!
– Try to keep an eye on everything that’s happening on the battlefield: always know the position of the enemy leader to snipe him easily, but also look at the troops on the battlefield in order to prevent grenadiers taking out your cover or rushers getting in too close. It’s difficult at first but once you master this, you will do a lot better
– Reload early: if you are planning to use the sniper, make sure to tap your regular weapon to reload in the meantime. Reloading usually takes a lot of time so you can use any extra time!

8. What are WarCards?
WarCards are extremely important and can really change the course of one battle. You can deploy these insanely special cards with different effects whenever you feel there’s a need to and if used correctly, they will turn an embarrassing loss into a big victory. Be smart when using WarCards, though, because they are really hard to get so make sure you only use them when needed. Also take advantage of donating WarCards to your Squad mates and especially the option to get a WarCard from your alliance every few hours!

9. Play the Warpath Mode mission
As soon as you unlock them, you should play as many as possible especially if you are in need of some extra cash. You can also replay them, so they can be considered a great source for additional resources. They’re also extremely fun and help you get better for PvP battles, so it’s definitely a win-win situation!

These would be, for now, our WarFriends tips and tricks. If you have other suggestions for fellow players, don’t hesitate to let us know by sharing your comments below! 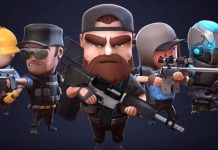 WarFriends: How to Get More Gold and More Warbucks 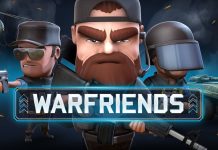