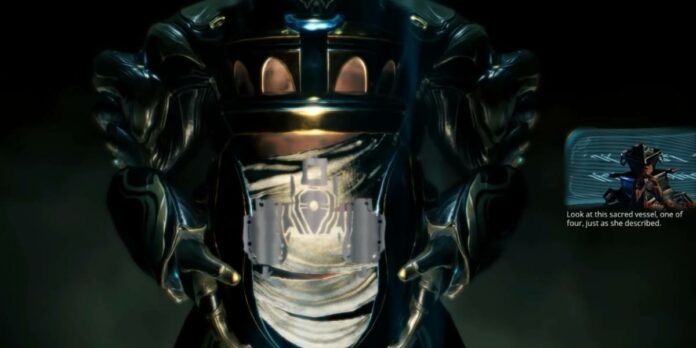 The Void Trader has recently caught wind of an ancient tomb beneath the surfaces of Mars, and he wants your help in finding it. The Void Trader, also known as Baro Ki’Teer, is known for his exotic wares and scarce sightings. Update 18.5 gave him a quest for players to undertake called Sands of Inaros, which appropriately awards the Inaros Warframe upon completion. Today, we’ll walk you through the whole quest in our Warframe: Sands of Inaros quest guide!

How to Start the Sands of Inaros Quest

To initiate the quest, you’ll need the blueprint first. You can purchase it directly from Baro Ki’Teer for 100 Ducats and 25,000 Credits, or you can trade with another player. You’ll need Mastery Rank 5 before Baro Ki’Teer agrees to sell it to you.

Baro Ki’Teer appears once every two weeks in the Concourse. Approach the Void Trader Kiosks, and you’ll see a countdown that shows you when he’ll appear next, so make sure to keep track of his visits.

Once you have the blueprint, construct it in your Foundry. The blueprint requires 5,000 Credits, 5,000 Nanospores, 400 Oxium, and 1 Nanite Extract. You’ll receive a message from Baro Ki’Teer once you construct it, and reading it will officially start the quest.

How to Complete the Sands of Inaros Quest

Baro Ki’Teer explains to you that a group of colonists known as the “Sky Worshipers” used to live on Mars before they were eradicated by the Grineer. Baro Ki’Teer is interested in the relics left behind by the Sky Worshipers, so your first task is to head to Mars and explore the tomb. This section is fairly straightforward and serves more as a plot introduction to the quest line. You will have to fight a number of Infested though, but it should be a breeze.

Upon reaching the mountain temple, you’ll eventually encounter a large shrine that is dedicated to the “God King Inaros”. You’ll find a mysterious artifact called the Sacred Vessel on the ground, which Baro Ki’Teer shows great interest in. Take it, and you’ll complete the prologue part of the quest, rewarding you with the Inaros blueprint.

This tale isn’t over, though! Once you have returned to your ship, Baro Ki’Teer will inform you of a hidden inscription on the vessel, which clues you in on your next objective. Go ahead and equip the Sacred Vessel to one of your gear slots, and look at it closely to notice an enemy’s face on it. The face denotes what type of enemy you need to slay with the vessel equipped. There are three possible faces:

Related | How to Get Hildryn Deluxe in Warframe

Once you’ve figured out your enemy, simply go to a corresponding zone and kill 60 enemies of that type. You’ll know you’re killing the right enemy when the screen flashes, and you hear a very distinct low growl. Examine the Sacred Vessel, and notice that it’s filling up with a light blue glow — when it’s full, you’re done and Baro Ki’Teer will let you know to return to your ship.

With the vessel fully charged, Baro Ki’Teer is able to decipher some more clues, telling you to return to Mars. Head back to the temple where you originally picked up the Sacred Vessel, and you’ll be prompted to place it in front of a door. Do so, and the door will open, revealing the way to a second Sacred Vessel. Go ahead and pick it up, and you’ll learn more about Inaros, with some unfortunate implications.

You’ll suddenly be attacked by a horde of Feral Kavats, so be prepared for a fight. They’re not too tough, but make sure not to get overwhelmed. After you slay enough of them, Baro Ki’Teer will tell you more about the vessel, and you’ll earn the blueprint for Inaros Neuroptics.

Return to your ship and examine the new Sacred Vessel. Once again, you should see the face of a specific enemy type on the vessel. This time around, you’ll only need to kill that enemy 20 times instead of 60. Like before, there can be three enemies on the vessel:

Just like last time, you can take note of your progress by examining the vessel and seeing how much of it is filled with that light blue energy. Baro Ki’Teer will once again notify you when you’re done and tell you to return the vessel back to the temple on Mars.

On your trip back to the temple, you’ll run into Infested this time around, so heads up. You’ll place the fully charged vessel at a new location, and a new chamber to the temple will open up. Upon collecting the third Sacred Vessel, a Tomb Guardian will spawn in the central chamber.

Upon returning to your ship, Baro Ki’Teer will contact you, completely distressed about the revelations you have uncovered. He now wishes to save what is left of Inaros, so he tasks you with energizing the third Sacred Vessel. You know the drill — you’ll have to defeat five enemies of a certain type. They can be:

Once Baro Ki’Teer tells you that the vessel is ready, you may now return to the temple on Mars. Place the vessel at the designated location, and just like before, the way to a new chamber will open. Therein lies the final Sacred Vessel, but picking it up will cause a Tomb Protector to spawn.

The Tomb Protector is based off of the Inaros Warframe, and it’s wielding the Mutalist Cernos and a Lesion, making it dangerous at both close and long ranges. Stay mobile and wear it down with all you’ve got — once you damage it enough, it’ll retreat back into the sarcophagus. While the Tomb Protector is resting, one of the giant statues in the chamber will come to life as a Tomb Protector Effigy.

One more cutscene will play out, and you’ll learn the truth about Baro Ki’Teer and the history of Inaros. The quest is officially complete at this point, and Baro Ki’Teer will gift you the final part of Inaros, the Systems blueprint. You’ll also be able to use the Sacred Vessel as a decoration for your Orbiter.

And that’s it! You’ve completed the Sands of Inaros quest, and you have a nifty new Warframe to show for it. If you have any other tips or tricks to share, let us know in the comments below! 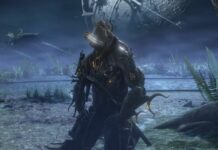 Warframe – How to Get the Skiajati 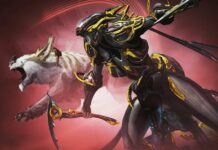 Warframe Trinity Guide – How to Get and Best Build 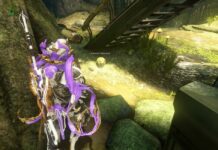 Warframe – Where to Find Sunlight Threshcones