Home Guides Warframe – How to Get Rolling Guard 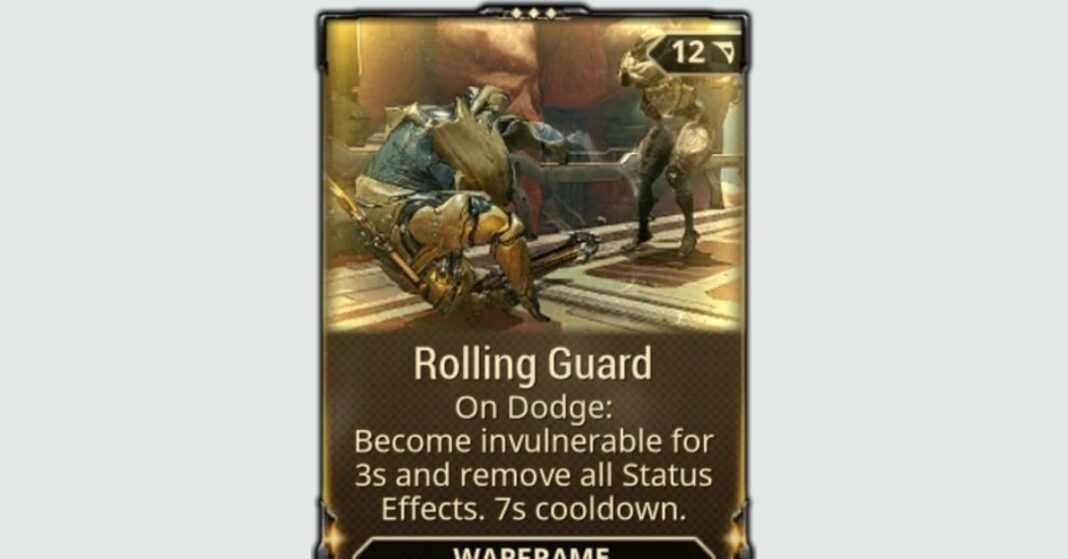 Warframe is an immersive third-person co-op shooter in which players use a unique exoskeleton called the Warframe, which grants you super strength and powerful weapons. Players can modify the Warframe to make these boons even more impressive. This guide will tell you about the Rolling Guard mod.

How to Get Rolling Guard

Rolling Guard is a modifier for Warframes, which, while rolling, makes the player invulnerable for a short period and frees them from status effects. It has a cooldown of 7-12s depending on the rank.

Rolling Guard also works in Archwing mode when equipped on an active Warframe.

This mod can be purchased only in Arbitration. This game mode is based on endless missions with special modifiers. To access it, you must complete all missions on the Star Chart.

Upon the successful completion of each rotation of the Arbitration, a special resource called Vitus Essence will be given. It can be spent at a special NPC in the relay, which is located in the Arbiter of the Hexis room, to the left of the entrance. In addition, most of the essence drops from arbitrage drones.

Unlike usual endless missions, where the rotation of the award is cyclical—A-A-B-C-A-A-B-C, etc.—in Arbitration, after the first rotation cycle, A and B are removed, so it looks like this: A-A-B-B-C-C-C…

After death, only the rewards issued for the end of the rotation are saved; all other collected items will be lost. In each rotation, you get three units of Vitus Essence. To buy Rolling Guard, you need to collect 20 units.

Rolling Guard can be used to avoid receiving a magnetic status effect from Eidolon Boss energy waves. You can also buy or exchange this mod from another player using the Trading System, but there are several requirements: