The Octavia Prime is a newly introduced Warframe and a nuanced prime version of the old Octavia that players can currently get in the game. Octavia Prime comes with an increased shield and energy and a higher polarity. Ever since it was released last month on February 23, 2021, players have been eager to know how they can farm the different Octavia Prime Relics. Today, in this article, we will show, how and where to farm the Octavia Prime Relics in Warframe.

How To Farm Octavia Prime Relics

To get the Octavia Prime Chassis you need the Neo Z7 relic that you can get from Apollo on Lua. Or go to Mithra and do an Interception mission as the rotation A and B is sure to drop a Neo Relic for you

The Octavia Prime Neuroptics blueprint is a common drop that players can get from Lith G3 relic by doing simple capture missions on Hepit in the Void. Newer players can try the Disruption mission Olympus on Mars to get the relic.

The Octavia Prime Systems is a common drop that players can get from Meso D6 relic by doing disruption missions on Ur, Uranus. Or, players can try doing a defence mission till ten waves on IO, Jupiter to get the Meso D6 relic.

Here is the video guide on the same that you can refer if you are having hard time grasping the different locations and missions to farm the Octavia Prime Relics in Warframe. 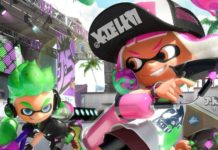 The Best Shooters on Nintendo Switch in 2020