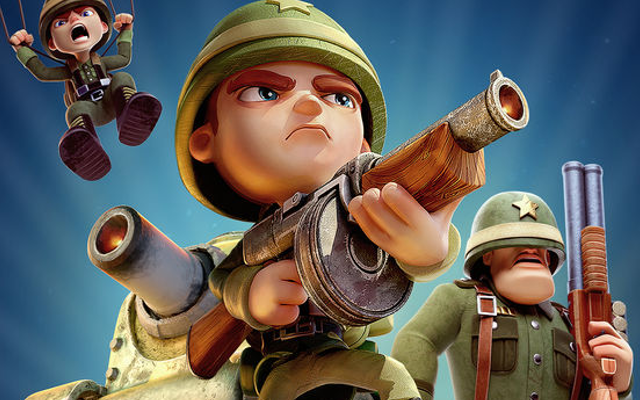 War Heroes is a real-time strategy deployment game where you’re in charge of a full-fledged battalion! Take on players from all around the world in rapid-fire matches to see who is the better commander! Find and upgrade over thirty unique soldiers all with their own abilities and strengths. Our War Heroes cheats and tips will show you the lowdown on getting the upper hand in combat!

War Heroes in very similar to games like Clash Royale, so if you have experience in those games you’ll feel right at home. Let’s get started with our War Heroes cheats, tips and tricks strategy guide!

Your battle deck must be balanced at all times as it is the key to victory! You have eight regular card slots and one slot for a General. Your battle cards should be balanced in the sense that they all do different things and they have different energy costs. For example, you don’t want to load up your deck with nothing but high energy cost cards. You’ll leave yourself vulnerable to downtime attacks! Try to have an even amount of low and high energy cards. Set your enemy up with low cards, then knock ’em down with high cards!

Also, be sure to read up on your cards and make sure you know their properties. Certain battle cards will only target specific things, like the Cruiser Tank which only goes after buildings. If you have too many cards that target the same thing, you might end up with a hole in your defenses!

Destroy everything quickly and efficiently!

Every one of your enemy’s buildings you destroy nets you a badge. You’ll also get all three badges automatically if you can destroy the enemy’s main base right away. If the battle drags on for too long or if you take too much damage, the amount of badges you get after the battle will decrease. Badges are important because once you collect enough of them, you’ll be able to cash them in for a free Badge Crate which contains battle cards and other goodies. Don’t miss out on them!

Battle cards can be improved if you get enough duplicates of the same card. You can earn new cards through the aforementioned crates, and you can also buy some directly from the shop. The shop sells three different cards every day. These cards cycle out once a new day starts, so if you see one you want don’t hesitate to buy it. The more rare a card is, the more expensive it’s going to be. You don’t have to use the card shop often, but it can come in handy if you’re trying to upgrade a specific card.

Generals can turn the tide of a battle as they come equipped with special abilities that activate under certain conditions. Know what your currently equipped general can do and then try – if at all possible – to build your battle deck around the general. For example, Roscoe Rock’s ability lets him auto-deploy a Seeker for every 33% damage dealt on your enemy’s buildings. You can try using a lot of building targeting cards in your deck with this general equipped.

Don’t worry if you’re losing a lot of battles! It might just mean that it’s time to try a new strategy. Don’t be afraid of trying to incorporate new cards into your existing battle deck. In fact, we actually recommend you try out any new cards you receive at least once. It’s the only way to get familiar with it and see how well it synergizes with your other cards.

That’s all for War Heroes! If you have any other tips or tricks to share, let us know in the comments below!