Home Mobile Gaming News Want To Turn Your iOS Device Into A Working Pokedex? Now You... 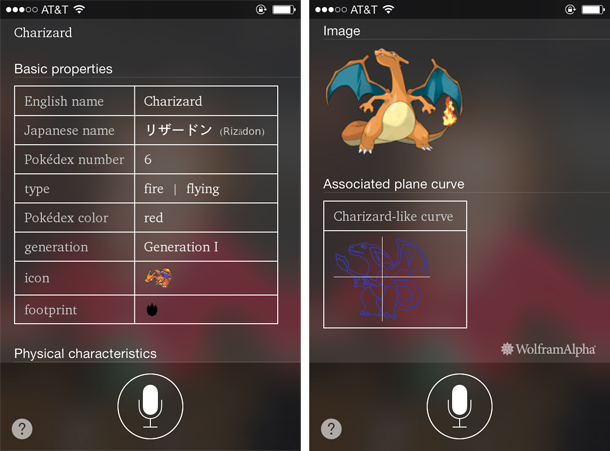 A recent update to the Wolfram Alpha database, the computational knowledge engine through which iOS’s spoken searching tool Siri mines for the information she presents to users, has added a whole wealth of in-depth Pokemon-related information, effectively allowing any Siri-enabled iOS device to function as a real-life Pokedex.

Users can now query Siri with an assortment of different Pokemon-themed questions such as what is a specific Pokémon’s type, what generation of Pokemon does a specific creature belong to, even more obscure data such as what a given Pokémon’s footprint looks like or how much they weigh or what their name looks like in Japanese. Currently the database only has info on the first five generations of Pokemon but the new sixth generation should be added in shortly.

With the recent release of Pokemon X and Y, the timing for this update couldn’t be better as it allows Pokemon fans instant access to all the info they could ever need with nothing more than a spoken query to Siri. While there already are a handful of both official and non-official iOS Pokedex apps, this new Wolfram Alpha update allows users to utilize the already built-in search functionality of Siri without having to install anything extra.