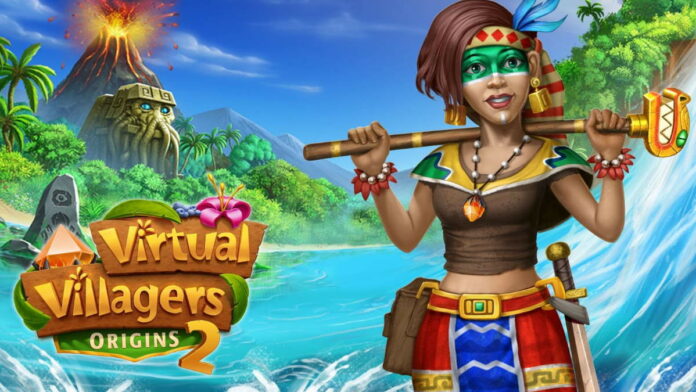 Virtual Villagers: Origins 2 puts players in charge of a island full of shipwrecked survivors. The villagers will take some time to learn how to survive on their own, but with some guidance you can create a full and thriving island community!

The main objective of the game is to find a way off the island, and you will have to solve various puzzles to progress through the game. One such puzzle requires you to quell the threat of an ancient kraken, which requires offering tribute to different statues.

Once the kraken is freed in the center of the island, you’ll need to give items to the colored statues. One of the statues – the red one – requires an herb soup to power up, and we’ll show you the steps required to make it.

First off, make sure that you have at least one child on the island, as they are the only ones who can actually harvest the herbs. If you try to have an adult do it, they will lose interest in it too quickly to bother.

The Soapy herb can be found to the right of the kraken statue next to the hut. Drag one of your children to the herb and they will be able to harvest and bring it to the cooking area.

The Sweet herb can be found actually pretty close to the soapy herb. Look further to the right, across the stone bridge. Do the same with it – assign a child to it and they’ll bring it to the cooking area.

The Spicy herb can be found right next to the kraken itself. Talk about dangerous! But don’t worry, the kraken can’t hurt your villagers in anyway. There’s no kraken in this screenshot, as we took it earlier in the game for reference.

Once you have all three herbs in the cooking pot, it’s time to make the soup! You’ll need to collect some water, add a heat source, and then heat up the pot. This process involves a few steps, so read carefully.

First you’ll need to bring an adult villager to the water bucket, which is by the research table. Once the water is in, drag the adult to the table where the herbs are, and they will add it to the pot as well.

Next, use that same villager to grab the rocks near the stairs that lead to the coconut tree. Your villager will use the rocks to start the fire on the cooking pot, and soon enough you will have your hands on a nice bowl of soup!