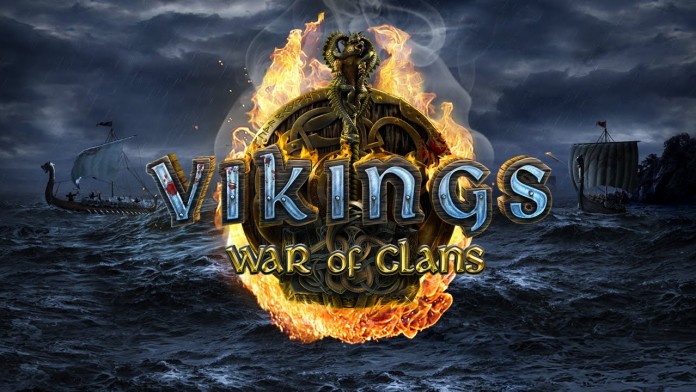 The world of vikings awaits! Vikings: War of Clans is a base management game set in the ruthless viking world. Construct a heavily fortified base, recruit a variety of brave warriors to lead into battle, team up or take down other players, and make the world yours with the help of our Vikings: War of Clans cheats, tips and tricks strategy guide!

Tapping the button at the top left corner of the screen will show your next main objective. You should constantly be following and completing these quests, as they will ensure that your city remains up-to-date and flourished with the latest buildings and protected by the strongest units. You are also rewarded with a bunch of resources and silver from doing them, so don’t ever stop! They also help if you’re ever unsure of what to work towards next.

Loki is usually known as a conniving trickster, but in this game, he’s pretty helpful! Look for a golden chest at the bottom right corner. This is Loki’s chest. If it has a number above it, that means it’s ready to be opened! Inside are various goodies and resources. You get to open the chest every 15 minutes or so, so check back often! Loki is pretty generous in this game.

Clans are groups of players that are united under the same banner. This means they can help you out with building structures around your base, sending units over if you get attack by other players, and so forth. There’s no cost to join one, so you should do it as soon as possible. If you like, you can also create your own, but it costs 1,000 gold to do so, which is a bit steep. Either way you should be in a clan at all times!

Tapping on the rolled up scroll at the top left corner of the screen opens up the tasks window. Tasks are quests that must be started but you don’t actually have to do anything. Each one has a timer and you just need to wait until the timer is up to collect the rewards. There are three types of tasks: personal, clan, and premium. Personal tasks can be done for resources and general goodies, while clan tasks function the same, but granting additional bonuses for your current clan. Premium tasks are rare and you usually only have one at a time. Upon completion, you get some gold and premium items, but you have to wait a couple hours to do another one. No matter what you’re doing, you should try to have a task running at all times!

In the oracle building, you can select knowledge to see a list of different aspects you can research. There’s economy, military, and so forth. Researching a point into these trees will grant you passive bonuses to the respective part of your city, so make sure you’re learning new things!

That’s all for Vikings: War of Clans. If you have any other tips or tricks to share, leave a comment below! 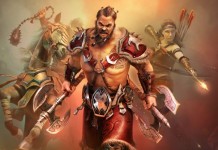