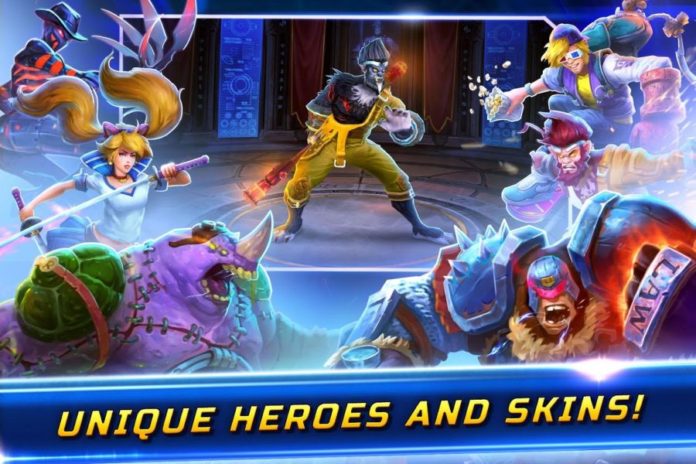 Versus Fight is a brilliant 1 vs 1 turn based fighting game for mobile created by Azur Interactive. Easy to learn but difficult to master, this is one of the most addictive mobile games released recently and I’m here to help you get a better experience from it by sharing some Versus Fight cheats and tips.

Things seem pretty straightforward in the game and only a solid strategy will help you win your battles – and that is difficult to teach – but I’ll do my best with some general and hopefully useful Versus game cheats and tips for Azur’s game. But most of the “winning” part depends on you!

But let’s not waste any time and instead let’s check out some Versus Fight tips and tricks below to unlock more fighters and win more battles! 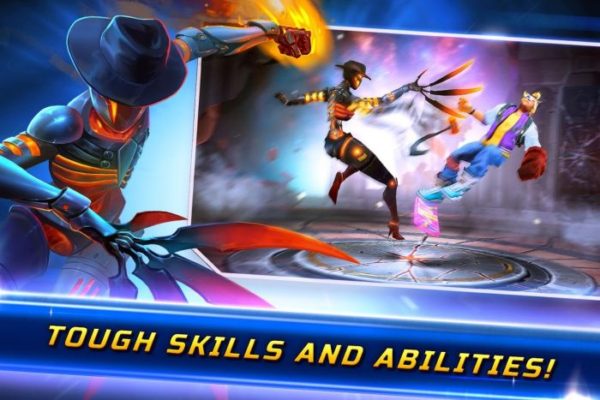 Complete all daily missions
The best way to get a ton of great rewards and improve your deck and player is by completing all the daily missions, each day. Although most of the rewards themselves are not impressive if you take them separately, they quickly add up and help you get better at this game.

Complete the stories
Stories are basically special events in the game and they reward you with nice rewards as you complete each stage. So even if you don’t manage to make it to the end (which is pretty difficult), you still get those rewards along the way which are pretty nice too.

Upgrade your deck’s cards
Getting new heroes in this game and getting to use all those extra cards that you will surely win along the way is not that easy. Therefore, your main focus should be at first upgrading your starting hero’s cards as much as possible.

Of course, you should still focus on upgrading the cards that you’re planning to use more often and ignore the ones you don’t… but keep them at a maximum level at all times in order to increase your chances of winning the battle. 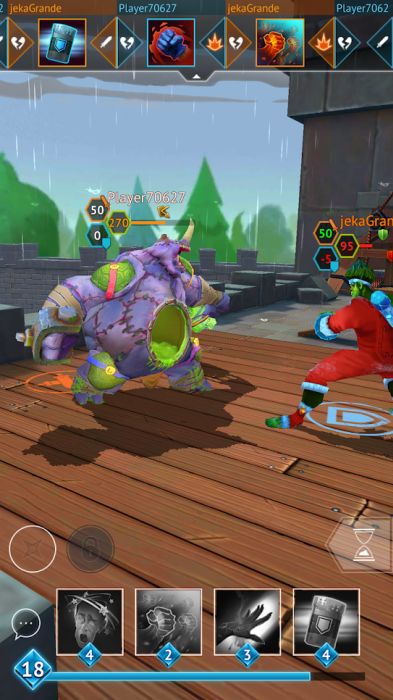 Building the perfect deck
The variety of cards for each fighter is not that huge… but you still have to take into account two important things:

1. How much can you level up the particular type of card you’re planning to use
2. How much would that card boost your current hero’s strenghts if you use it?

For example, I chose big fat Heap as my starting hero and although I am satisfied with my choice, I realize that some cards in his deck are not that good. In his case – a fighter with tons of health and potential huge boosts to the damage stats – the card that forces my opponent to discard 2 or even the one that clears positive effects on enemies are not as useful.

So make sure that you check out the descriptions of your cards and also test them in battle and see which ones are the best to bring in. You should always look to build a deck that makes your hero’s strengths even better. 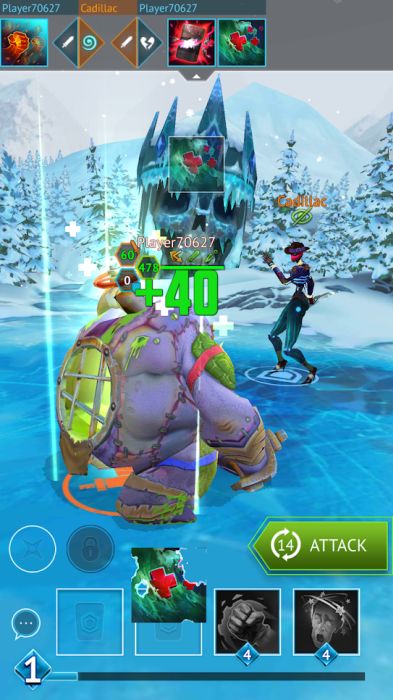 In my case, the health pack is what helps my character the most, so I always have it with me – but other characters might benefit from other consumables based on their strengths and weaknesses. But not matter what character you play, bring your consumable to battle and make sure to only use it if you must. Otherwise, keep it for a bad fight.

Winning your battles
Apart from having your consumables with you and maxed cards that increase your fighter’s powers and/or minimize their cons, there are a few other things that you should think about when it comes to winning your battles.

First of all, you should always try to see what type of fighter you’re facing and what cards they’re playing. This helps you plan their moves for the future (for example, are they boosting their attack, healing, using stackable cards or wait to counter yours). Based on their strategy, you can adapt yours and hit them harder.

You should always make sure that your character has the maximum possible health, shield and highest possible attack. It’s OK to waste a turn healing and boosting your stats or simply going with a regular attack doing nothing and waiting for the next turn to get more stamina for chaining a few cards for a devastating effect.

Be patient and don’t risk it: you never know when a dodge happens and your risky move prove fatal. Take your time, build your attack and defense, keep your fighter happy and you will easily take out your opponents. Using this strategy I went on a 11 wins streak and hopefully I’ll be able to keep it up for even longer!

How to unlock more heroes in Versus Fight
Getting new fighters in the game is not easy at all. At least if you don’t plan to spend money for unlocking them.

You can unlock all heroes in the game with diamonds, directly – but some still have some pre-requirements. This is the easy way out, but also expensive.

You can also unlock new heroes by opening chests, but this usually takes a lot of time and chests opened. Buying a Premium Box with diamonds from the store gives you the best chances for landing a new hero – but you have no choice for the one you’re getting. 1 in 4 Premium boxes guarantees a Hero… plus a ton of extra cards, so it’s still better than paying directly for a hero, especially if you don’t plan to invest real money in the game.

These would be our tips and tricks to help you become a better player in Versus Fight. If you have extra advice for fellow fans of the game, let us know in the comment section below.