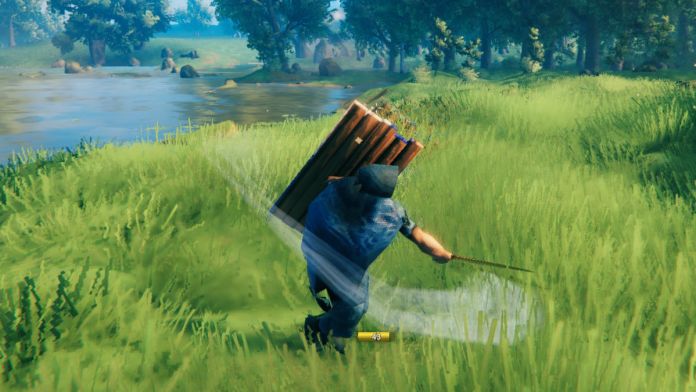 There are several types of attacks in Valheim. Swords will deal slashing damage, while maces will dish out bludgeoning damage. Every creature you fight in the game has its own resistances and weaknesses, and finding the right weapon for the job is the key to victory. Today, we’ll show you the best weapon types to use in Valheim!

The Best Weapon Types in Valheim

Knowing what damage type your enemy is weak to gives you a huge advantage in Valheim. This is doubly true for the game’s intense boss fights, as you’ll need all the help you can get to take them down. If you mouse-over any weapon in the game, you can see a full list of its detailed stats, including what kind of damage it inflicts.

When you’re fighting an enemy, keep a close eye on the damage numbers—yellow numbers mean that you’re hitting their weakness, while gray numbers means they’re resisting that type of damage.

Related | How to Get Fenris Claw in Valheim

For example, Skeletons are weak to blunt damage from maces and clubs, while they’re resistant to slash damage from swords. As such, using a sword on a Skeleton will show gray damage numbers.

So, with a variety of weapons to choose from, which ones are the best? Well, ultimately, that’s up to you, as almost every weapon type in Valheim is viable. If you’re having trouble deciding, we’ve got some suggestions for you.

First off, blunt weapons are considered to be one of the most useful weapon types in the entire game. Blunt weapons include weapons like the maces, clubs, and of course the famous Frostner.

The reason for this is that a lot of the more annoying and powerful enemies in the game are weak to blunt damage. On top of that, blunt weapons have great knock back and stagger abilities, which makes them useful for lots of situations.

Secondly, a lot of players swear by attack speed in Valheim, and knives are some of the speediest weapons in the game, like the Abyssal Razor. They also get a massive damage bonus from backstabs and parry attacks, making them incredibly deadly in the right hands.

Knives pair very well with small shields, as they can parry. Block right before an enemy attack lands, and you’ll throw them off balance. While they’re off balance, enemies take bonus damage from all types of attacks, and knives can shred them very quickly.

Lastly, never leave your homestead without your trusty bow. Bows are way too useful, and they’re almost mandatory for the entire game. Being able to pick off enemies from afar to thin the horde out or pick away at a boss from a safe distance is too great to pass up.

Ultimately though, as we mentioned earlier, most of the weapon types in Valheim each have their own strengths. It’s good practice to carry a few different weapon types around with you, especially if you’re venturing into uncharted territory. If something isn’t working, try a different weapon.

That concludes our guide on the best weapon types to use in Valheim. Is there a weapon type you love above everything else? Let us know your thoughts in the comments below!

Valheim: Best Weapon Types to Use