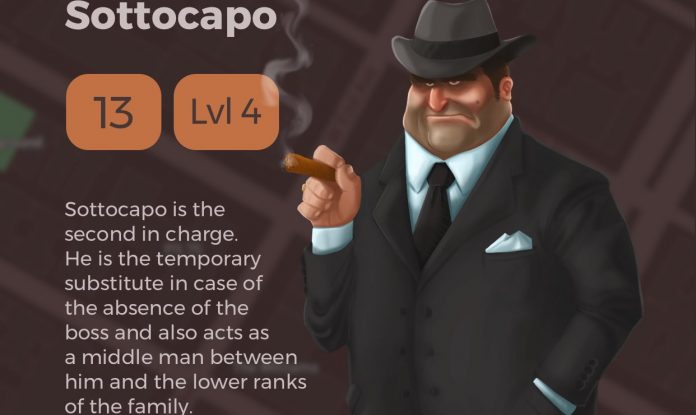 I do think that there are too few location-based games available on mobile, and even fewer are high quality titles. It seems that things are about to change as Cosa Nostra will hit mobiles sooner rather than later. And by the looks of it, it will be one of the coolest and best looking location-based games on the market.

Cosa Nostra is inspired by the 20’s gangster lifestyle and challenges you to build your own mafia empire to rule your city. Recruit henchmen, bring your friends as allies or turn them into legendary enemies and fight against others for control over the real businesses in your city.

The game uses information powered by Foursquare, so all the listings there will exist in the virtual world of the game. You will be able to take them over with your henchmen and have them produce money for you. But you will also have to defend your conquered business, train your henchmen and recruit more in order to grow your mafia empire.

Although the concept is definitely not new, it seems that Cosa Nostra manages to do tick all the boxes and do everything right. It also looks absolutely amazing and I love it’s art. Check out the trailer below to see a bit of it:

It’s still early and we have little details regarding its complexity and how much of a challenge it will offer, but for now all I can say is that I’m really pleased with what I saw and I can’t wait for more. If you feel the same, you can check out the game’s Indiegogo page here and back the project, to make sure that the developers have the required resources to make it as awesome as they want it to be. You can also find out a lot more about the game on the Indiegogo page.

The game is scheduled for release on June 20 for both Android and iOs.