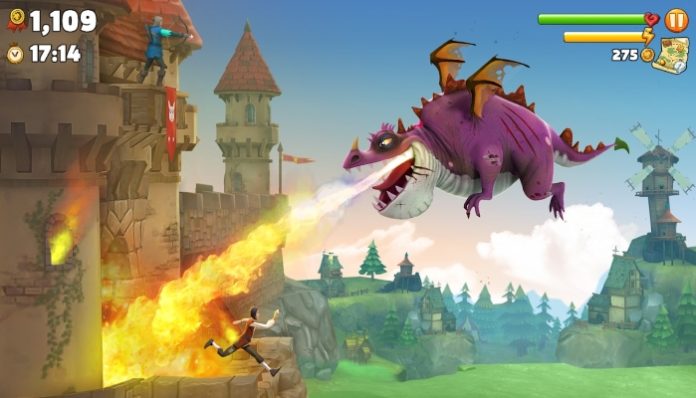 Dragons are pretty scary, right? These winged beasts can breathe fire at anything they deem a threat, and they gobble up whatever they feel like eating that day. Now think about what these creatures would be like if they were REALLY hungry, and they’re looking to make the world their next meal.

And there you have Hungry Dragon, a new mobile game from Ubisoft. In this action-packed flight game, players will take to the skies as a mythical dragon. Each dragon comes with their own unique abilities, but they all share the same goal: eat until there is nothing left! 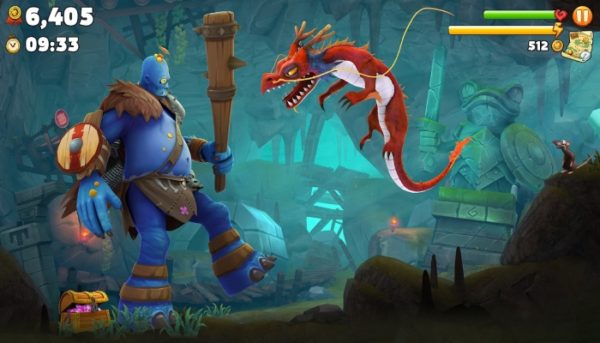 As a dragon, your journey for the ultimate meal will take you through various medieval locales, like booming villages, mysterious forests, damp caves, endless mines, and more. Each world has its own theme, and there are plenty of secret paths to discover.

Since you’re out to eat the world, the whole world is against you! Humans, witches, goblins, trolls – you name it, and they are your enemy. That’s alright though, because as long as you gobble them up quickly, they’re nothing more than a snack.

The more you eat, the stronger you become! Level up by earning enough experience from eating, and your dragon becomes stronger and tougher, the kind of combo you don’t want a flying menace getting. 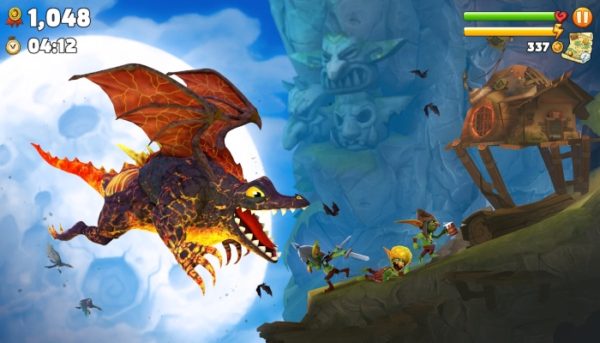 And that’s not the only way to power up your ferocious dragons! Players can unlock special costumes that power up your dragons. Not only do these new duds give you a sleek look, but they will also boost your flight speed, increase your health, and increase the intensity of your fire breath.