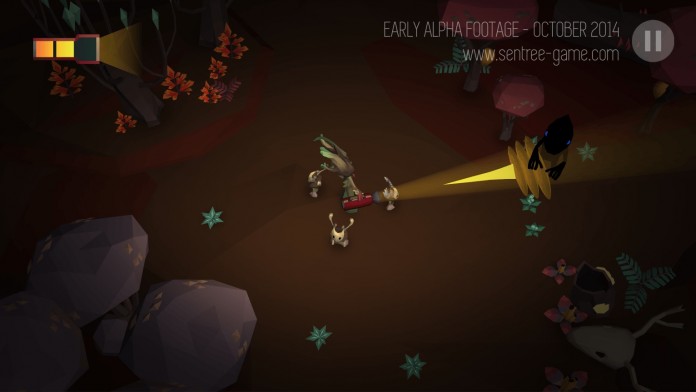 2014 has been a great year for the iOS gaming scene, with a lot of high quality innovative games getting released on the App Store. Luckily, it looks like 2015 is going to bring even more innovative games, like the recently revealed Sentree.

Sentree is a unique multiplayer shooter that can only be played together with one or more players. One person will have to control the game’s Hero while others will act as the Spotters, giving instructions to the Hero. As you might have guessed, the Hero will have very little idea of what is going on, as the player controlling the character must be blindfolded. By following the Spotters instructions, the player controlling the sentient tree Hero will have to aim, shoot and reload by moving on the spot and using their iOS devices as is they were guns to to protect the Spotters themselves.

Sentree looks like one of the more innovative games ever developed for iOS devices,  a game that will create a truly unique multiplayer experience by taking advantage of the iOS devices unique capabilities, something that more titles definitely need to do .

Sentree will be released sometime during 2015. We will keep you updated on the game as soon as more comes in on it but in the meantime,  you can learn more about it by checking out its official website.