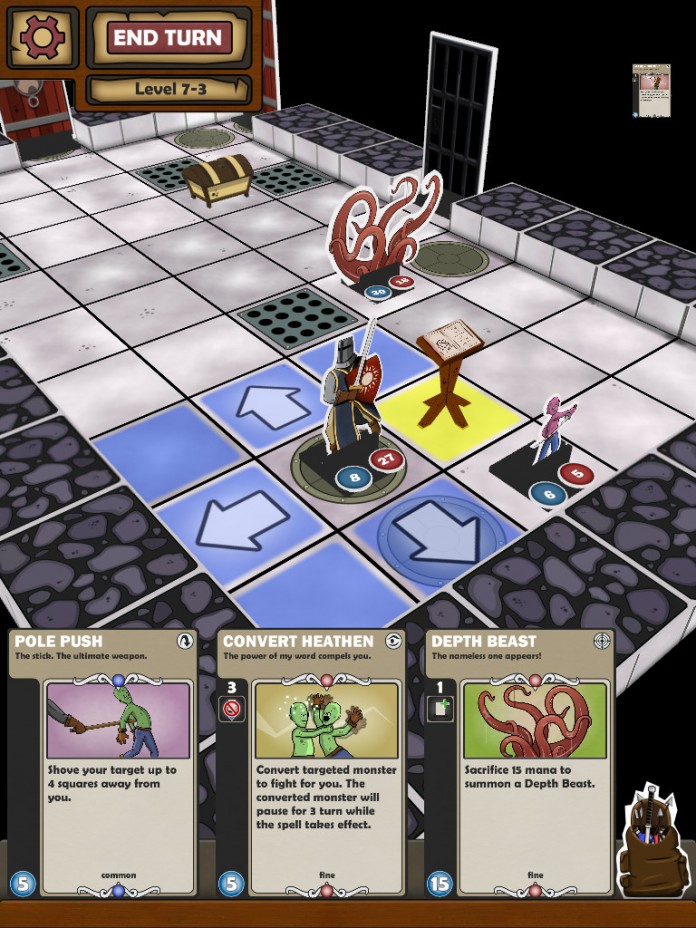 Card Dungeon’s gameplay experience is basically a roguelike experience where everything is dictated by cards. At the beginning of each turn, players will have three cards with only one of them that can be used per turn. Cards are incredibly varied, allowing gamers to use items, skills and more. Some of the cards will also give more battle options, which should make encounters with stronger enemies a bit easier. Even exploration can be enhanced with the use of cards, a feature that make Card Dungeon unlike any other roguelike game on the App Store.

Card Dungeon is now available for purchase on the App Store. The game can be purchased for half its regular price now so make sure to take advantage of this deal if this looks a game that could interest you and keep you engaged for a very long time.