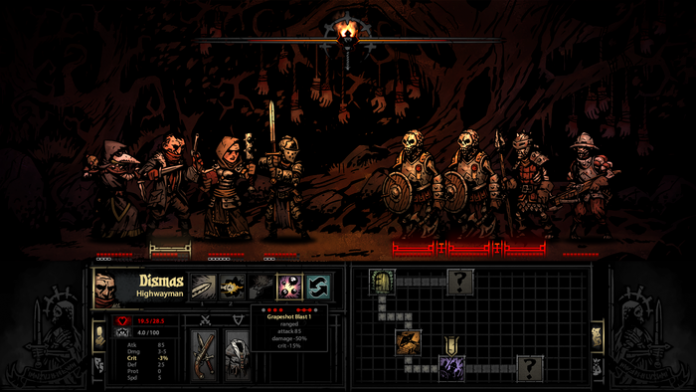 Yet another Kickstarter campaign has been launched, trying to gather funds needed to complete development and publisher another game. This game, however, is quite interesting and offers a nice spin on the roguelike and rpg gameplay formulas.

Darkest Dungeon mixes elements taken from both types of games. Expect to see procedural dungeons and permanent death mechanics mixed in with a turn based system. What will set Darkest Dungeon apart, however, is not this interesting mix of gameplay mechanics but how the game is going to handle one of the staples of role playing games: Hit Points.

Instead of featuring Hit Points, Darkest Dungeon will use a way more intriguing system, which will measure the character’s sanity. Some characters may get more distressed when facing certain enemy types, lowering their combat performance.

Even though the campaign has been fully launched, we still don’t know the target platforms for Darkest Dungeon. The developer confirm that they at least aim to release the game on PC and Mac but also cite mobile platforms if backers show enough interest. If you want to play this interesting game on the go on your iOS device head over to the official page for Darkest Dungeon and pledge some money. No better way to show interest for the project, that’s for sure.