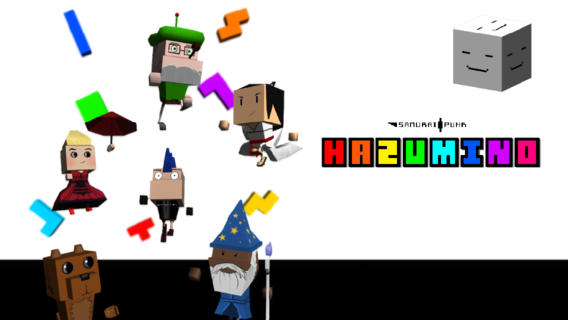 Tetris is definitely one of the most recognizable games ever released. It’s also one of the most popular, thanks to its really simple yet engaging gameplay formula. Several variations of the basic Tetris gameplay formula have been released in the past but a new puzzle game now available on the App Store has taken it to the next level, creating some really unique.

Hazumino, developed by Samurai Punk, is a puzzle/platformer hybrid that’s incredibly challenging. During the game, you will have to create a bridge out of Tetris pieces. When you cannot avoid creating a hole, you will have to make you character jump over it.

The game starts really easy and slow, but everything changes quite quickly, presenting gamers with a challenge that could even be frustrating at times. The fact that collectibles are placed at different heights makes everything even more trickier, as collecting these items is the only way to unlock extra characters and more.

Hazumino is now available for purchase on the App Store. It’s currently available for only $0,99, so make sure to get the game as soon as possible if you want to spend less and if you’re not afraid of a more challenging gameplay experience.