Home News Unique Game You Must Build A Boat Announced 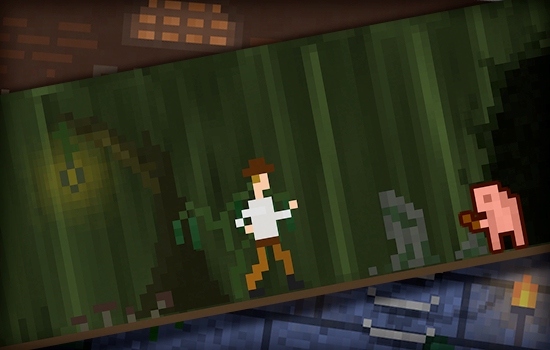 A couple of years ago, a really charming role playing game – puzzle hybrid was released on the App Store. 10000000 wasn’t an overly original game, considering how many match three puzzles with rpg elements are around, but it had enough going on to make it stand from the competion.

EightyEighty games, the team behind 10000000, has been working for some time on 10000000 extra contents, which were supposed to be released as DLC. However it looks like things have become so big that the team has decided to release a brand new game, sequel to 10000000.

You Must Build A Boat features the same puzzle/rpg mechanic of its predecessor, but with a few twists. For starters, the rpg elements seem more prominent this time around, with players having the ability to explore different locations and recruit more crew members once your boat has been built.

Even though the experience seems different than 10000000, with a major focus on exploration and adventuring, EightyEighty Games assured that the spirit of 10000000 is still intact.

You Must Build A Boat has yet to receive a release date, but the team knows already how to push the game, as it will be available for free on its launch day. A great way to make more people play a unique and charming game as this. Don’t miss it out!

Unique Game You Must Build A Boat Announced