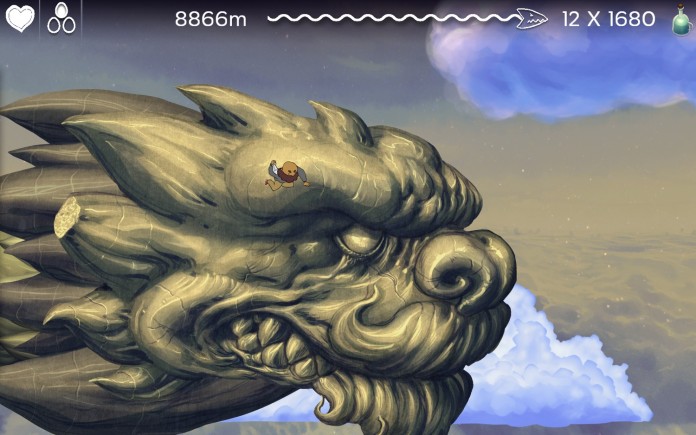 Endless runner games have been enjoying quite a bit of success lately, mostly thanks to a rather simple gameplay experience that can be easily understood. This comes with a downside, however, as most games end up being repetitive after only a few hours.

Cleaversoft will be trying to change this in the future with a new upcoming game called EarthNight. The premise of the game itself is more interesting than the one found in several other endless runner games, as gamers will be playing during a dragon apocalypse.

The actual gameplay experience is quite varied, with each level getting split into two. In the first half, you will be behind your character as he’s reaching the surface. In the second half you will be seeing the character in the usual side view.

The second half of each stage is pretty standard fare, actually, with gamers having to avoid hazard and enemies as well as collect water so that it can be traded for items that will make your next run a but smoother.

EarthNight looks like a truly unique endless runner that will make fans of the genre really happy. Its unique features will also allow the game to be appreciated even by those who find these games monotous and somewhat boring.

EarthNight launches on the App Store later this year. We’ll let you know more about the game’s final release date as soon as we know more about it so stay tuned for all the latest updates.