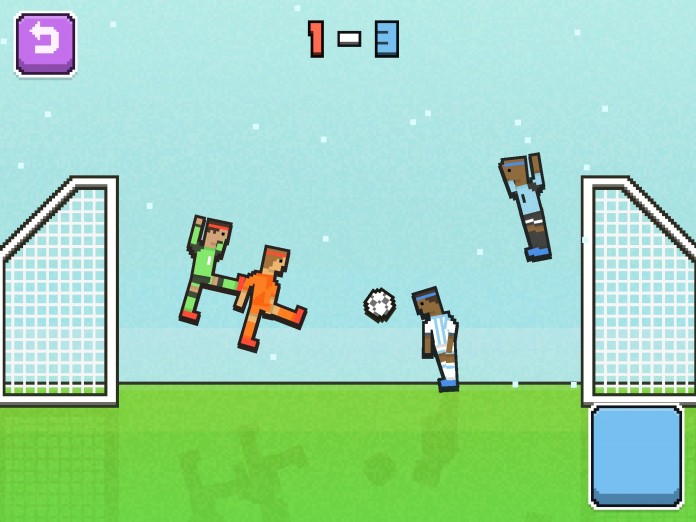 Soccer games rarely try to offer something more than a realistic gameplay experience. This is what fans want and that’s exactly what development teams give them. Luckily, some other teams are crazy enough to try something completely over the top and unique that will also appeal to those who don’t like soccer too much.

Soccer Physics is a really unique soccer game sporting a lot of unique features that cannot be found in any other game. Players will be controlling at the same time the only two players of their team. Pressing the button will make the two players jump around and do some absurd flips that will definitely bring a laugh, since the physics engine used by the game makes them do some really funny thing.

The main objective of Soccer Physics is obviously score as many goals as possible. While the starting stages will be quite simple, the others will challenge gamers with different balls, different ground conditions and even different goal sizes.

As if the madness wasn’t enough in single player, the game also sports a two players mode that will make the game even more chaotic and fun.

Soccer Physics will be released on a yet to be revealed date on the App Store. If you’re looking for a unique arcade game to play on the go, you’d better keep an eye on this nice little game.