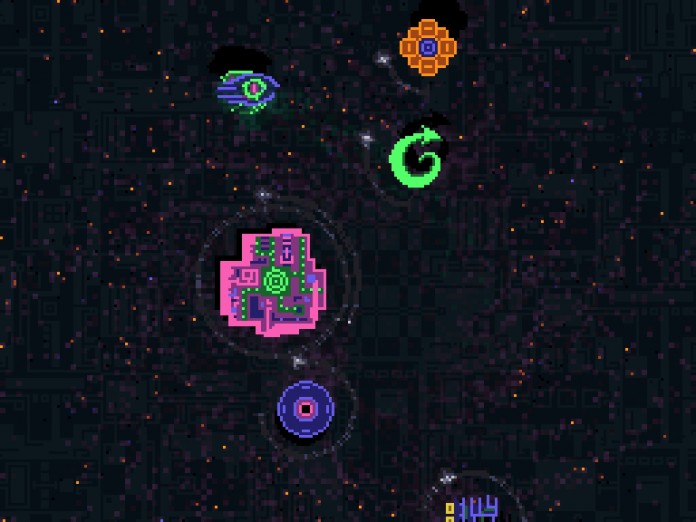 The iOS gaming scene is full of games that anyone can enjoy on the go, as the majority of the audience can’t really be called gamers in the true sense of the word. At the same time, though, there are some truly hardcore experience that only the thoughest gamers will be able to enjoy.

868-Hack is one of these games, a cyberspace roguelike that throws the player into the action without really explaining its mechanics. This is definitely the beauty of this game, learning new things slowly and improving over time.

The same team that developed 868-Hack will launch another harcore game later this year. Helix is an arcade game where you will be controlling an eye inside a small arena, where enemies will come at your from all sides. Simply touching an enemy is enough to die. The game doesn’t tell you anything: it’s another journey of satsying discovery just like 868-Hack.

Destroying enemies in this game is not straightforward at all, considering you will have to circle around them to take them down. When there are enemies coming at you on all sides, this definitely isn’t an easy task. Everything is hostile in Helix so it’s better that you get ready to get your ass kicked multiple times, if you’re planning on getting this game once it launched.

Helix will launch on PC before becoming available on the App Store. We’ll keep you updated as soon as a release date is announced.